I’m running through some travel lists for 2008. I’ve ticked off interesting hotels, my best music experiences, great flights, cars & drives and then museums, galleries & exhibitions. Today it’s some favourite photographs of 2008. They’re not necessarily my best photograph, but they catch some magic moments and I’m lucky enough to have a surfeit of magic moments every year. Here are some of the past year’s: 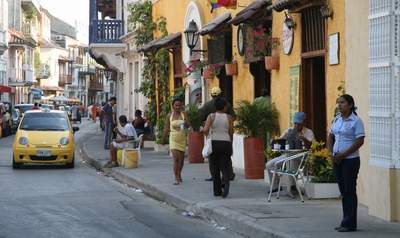 Cartagena, Colombia
It was my first visit to Colombia and like many other visitors I was knocked over by Cartagena. What a beautiful city! Just strolling around, wandering from place to place, put a smile on my face. 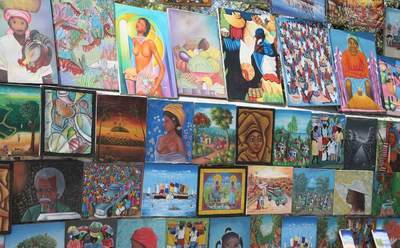 Port-au-Prince, Haiti
For a country which has faced so many problems and still faces such a difficult future it’s amazing how much energy and enthusiasm the Haitians bring to life, particularly when it comes to music and art – like this streetside display of naïve art in the Pétionville district of the capital.

Ubud, Bali
It was the last morning of a week in Bali at the Ubud Writers Festival and I looked out from our room at a view which reminded me all over again why I’m still in love with the place Nehru described as ‘the morning of the world.’ 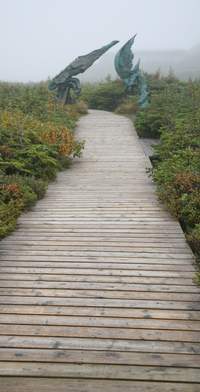 L’Anse aux Meadows, Newfoundland, Canada
It’s the only definite sign of the Viking presence in North America, 500 years before Colombus turned up. Perhaps it was the foggy afternoon which lent such a mysterious aura, walking down the boardwalk to the site you felt like you were walking back in time. 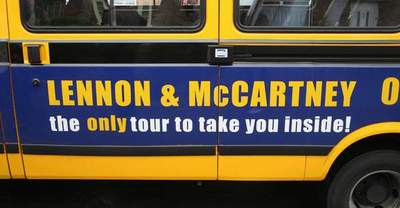 Lennon & McCartney’s Homes, Liverpool, England
They’re tiny houses so you’re on a tiny tour group, but they bring alive where that music came from. These were two ordinary guys who still light up our iPods. The houses are also an Alice-in-Wonderland glimpse into working class English life just 50 years ago. 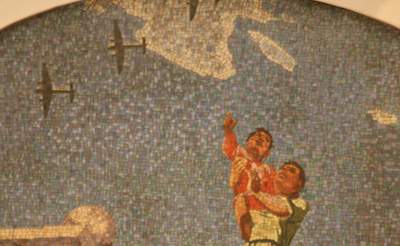 Metro Mayakovskaya, Moscow, Russia
I spent a morning touring the Russian capital’s wonderful subway stations and Mayakovskaya was my favourite with its ceiling mosaics of aerial scenes from hot air balloons to birds, aircraft to parachutists. 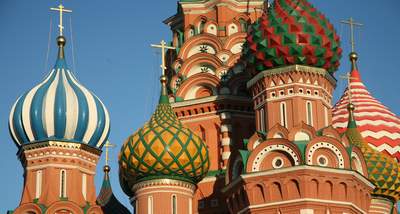 St Basils, Moscow, Russia
It was my first visit to Moscow for over 30 years, but Red Square’s trademark cathedral is as impressive as ever. The technicolored extravagance may no longer prompt so many Kodak moments, but it certainly chews up plenty of megabytes of modern digital camera storage.

Orvieto, Umbria, Italy
At the end of a week-long walking trip the hilltop town of Orvieto appeared like a sighting of Oz in the distance. Worth every step along the way. 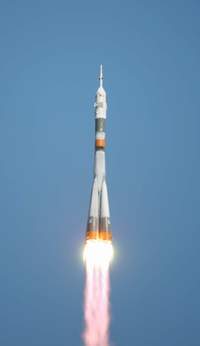 Soyuz launch, Baikonur, Kazakhstan
It’s been the launch site for Russian space efforts from Sputnik and Gagarin onwards. I was there to see the latest phase of Russia in space, space tourism. The Soyuz launcher carried a Russian cosmonaut, a NASA astronaut and a fare-paying computer game tycoon into orbit.

St Pierre, St Pierre & Miquelon
When the French handed Canada over to the British they were allowed to keep these two tiny islands off the coast of Newfoundland, almost as a consolation prize. St Pierre, the main town, features brightly painted wooden houses, sloping down to the harbour.