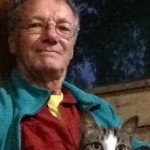 ◄ Every place we stopped on the walk to Ciudad Perdida seemed to have a resident cat, whether it was at an overnight refuge or a trailside refreshment stop. All of them small, sleek and content – ie not a scrawny scrounger. This one is Pilar, at the archaeological gue... 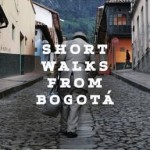 It’s not a walking guide, but if you want to have some of the complete confusion of Colombian events laid out then Tom Feiling's Short Walks from Bogotá is a great introduction. Of course you’re going to come away with the realisation that it’s whole lot more complica...