Having chaired the panel of judges for this year’s Dolman Travel Book of the Year Award – Wild Coast the well-deserved winner – I thought I should read the last couple of winners. The Dead Yard, Ian Thomson’s book about Jamaica, picked up the award two years ago. I...

I was in Haiti before the earthquake, so my April trip, kicking off from the Dominican Republic, was a return visit. Things are still a long way from back to normal. The tent camps are still everywhere although one right in the centre of the  capital, Port au Prince, ... 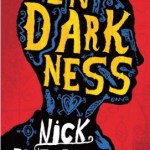