On 17 August I posted about what was currently happening in the skies over Afghanistan. Nothing civil I said, airlines – which often used to fly over Afghanistan between Europe and further east in Asia – were all diverting. The activity was purely military. It’s the s...

▲ Just a few weeks ago it was announced that the last of the 30,000 land mines the Argentinians scattered in the Falkland Islands after their 1982 invasion had finally been cleared. Coincidentally I stumbled across this minefield sign I’d brought back from the Falklan...

Benjamin Gilmour, a very enterprising Australian filmmaker, has just released Jirga, a film not just set in Afghanistan, but actually made there. Mike Wheeler, an Australian soldier stationed in Afghanistan, took part in a raid on a village in the Kandahar area of ... 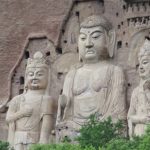 The amazing Nancy Hatch Dupree died, aged 89, on September 10. There were fine obituaries for her in The Economist and The New York Times and many other places. I never met her, but I certainly knew her most famous book very well indeed: An Historical Guide to Afghani... 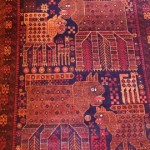