I’m running through some travel lists for 2008, in the past four days I’ve ticked off interesting hotels, my best music experiences, great flights and cars & drives. There were lots of interesting museums, galleries and exhibitions during 2008 and that’s today’s topic.

Fernando Botero is ‘the’ Colombian artists so it’s hardly surprising you’re going to bump into plenty of his unembarrassedly rotund nudes as you travel round the country. I encountered this plump beauty getting a morning wash on a dawn stroll in Cartagena. 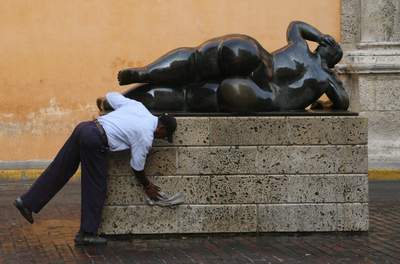 a morning wash in Cartagena

Later, in Medellin, these two young guys were clearly enamoured of another Botero nude in the Plazoleta de las Esculturas – the Plaza of Sculptures – which is full of Botero sculptures. It’s right in front of the Museo de Antioquia with more Botero sculptures and painting, including one of cocaine dealer Pablo Escobar meeting his end on a Medellin rooftop. The Botero Museum in Bogota featured more Botero works as well as art from his own collection. 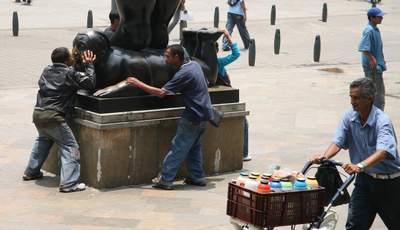 a passionate kiss in Medellin 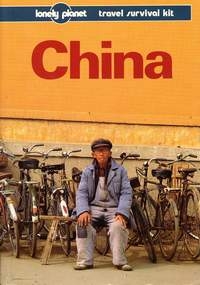 Rennie Ellis
It’s not much of a claim to say Rennie Ellis was a mate, half of Melbourne claimed Rennie Ellis as a friend. And then in 2003 he just dropped dead, but his career as the ace chronicler of contemporary Australian life is celebrated at No standing only dancing at the Ian Potter Centre: National Gallery of Victoria in Melbourne’s Federation Square until 22 February 2009. In fact photography took Rennie much further than Australia, his cover shot for the third edition of our China guide is still one of my favourite LP book covers. We’re now up to China-10.

Dan Dare & the 1950s
The exhibition has come and gone but I really liked the ‘Dan Dare and Britain in the ‘50s’ exhibit at the Science Museum in London. Dan Dare was a very English space man who featured in the weekly British comic The Eagle, which I lived for each week when I was in primary school. So who else was a Dan Dare fan?

Liverpool, the Beatles, Klimt, Slavery
It was Austrian artist Gustav Klimt at the Liverpool branch of the Tate Gallery which put me on the train to Liverpool from London, but once I got there it was a weekend of museums. Klimt for starters of course, but then it was on to the Merseyside Maritime Museum which also incorporates a Slavery Museum which had a curious connection to my visit to Haiti earlier in the year. Naturally I went to Liverpool’s most popular visitor attraction, the Beatles Story Museum, but it was the opportunity to visit two much lower key ‘museums’ which really made the Liverpool visit – the houses which Paul McCartney and John Lennon lived in as teenagers. Finally – on the way to the station for the train back to London – there was a quick visit to the Walker Gallery to see their Age of Steam exhibit.

Gauguin at the Pushkin
The Pushkin Museum of Fine Arts in Moscow is renowned for its impressionist collection but it was the room full of Gauguin’s which knocked me over. Working on a couple of editions of our Tahiti & French Polynesia guidebook has, naturally, given me a taste for Gaugins (although I’ve still got to make it to the Marquesas) and my diary for 9 October notes … There’s one room entirely devoted to Gauguins, 12 of them and all from his prime, I think 11 of the 12 were in French Polynesia. Later I Google to find out where Gauguins are located and although the Orsay in Paris has a much larger number of Gauguins a lot of them are just sketches, early works or not paintings at all. This could well be the best Gauguin collection anywhere … how did the Russians amass all this impressionist art?

Vikings in Canada
In early October I drove right up to the north-west tip of Newfoundland to visit L’Anse aux Meadows the site of the only Viking settlement in North America. It was an exploratory camp from a Greenland base and predates Christopher Colombus’s ‘discovery’ of the new world by around 500 years. It’s one of those historic sites which sends a little shiver down your spine, you feel privileged to be there. 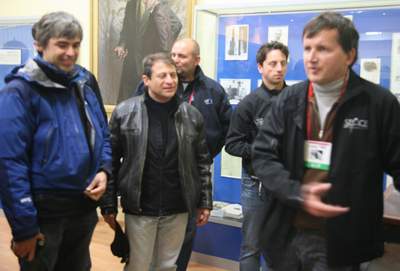 Cosmodrome Museum in Baikonur, Kazakhstan
While we waited for the Soyuz 14 blast off we visited the space museum at the Cosmodrome. It was an interesting little interlude as the Russian cosmonaut, the NASA astronaut and the ‘space tourist’ were strapped into their space capsule atop the launcher. The classic moment of our visit was Charles Simonyi (Microsoft pioneer, born in Hungary, moved to the US) demonstrating an early Russian computer (it looked remarkably like a phone switchboard) to an audience which included Larry Page (Google), Peter Diamandis (the X-Prize) and Sergey Brin (Google).

Souvenirs at the National Maritime Museum in Sydney
I even played a part at one museum exhibition during 2008. Trash & Treasure, an exhibition about the things we bring back from our travels runs at the museum in Darling Harbour, Sydney until 17 May 2009 and I went up to the museum to talk about some of my own favourite travel souvenirs, some of them decidedly trashy.

Others
There was a very interesting exhibit about flying boats at the Museum of Sydney. Maureen and I also spoke at the National Library in Canberra about our Lonely Planet life and while we were there visited the National Museum of Australia where I found an exhibit on the Torres Straits Islands particularly interesting. The Fiona Hall exhibit at Sydney’s Museum of Contemporary Art was another case of stumbling upon something which kno
cked you out.

In London I caught an Ian Fleming and James Bond exhibit at the Imperial War Museum in London – For Your Eyes Only runs until 1 March 2009. The Tasmanian Museum in Hobart has a relatively new permanent exhibit on Antarctica including interesting material on the sub-Antarctic islands and a show of 3D photos (put on your 3D glasses) by Hurley. He really was a busy man! In January 2008 I visited four Victorian country towns for Australia Day – Jeparit, Dimboola, Rainbow and Nhill (where I stayed at the Zero Motel). Jeparit was the birth place of Australian longest running prime minister, Robert Menzies, and the town has a busy museum with a collection of old buildings.

In Taipei I paid the obligatory visit to the National Palace Museum, where the collection would be in the national museum of mainland China, if Chiang Kai-shek and the KMT hadn’t spirited it away to Taiwan as they fled the country. Of course if it had stayed in China it might well have been trashed during the Cultural Revolution.