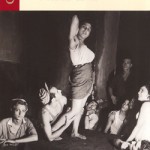 Your Bridge is Under Water

The Bangkok floods have been getting the media attention but the message from Burma (Myanmar) was straightforward: ‘Guys your bridge is under the water. Inle Lake and surrounding are flooded.’ Back in 2001 Lonely Planet financed a 330metre long bridge to connect th...