I’m running through my travel lists of 2008. I’ve started with some interesting hotels I stayed at in 2008 and my best music experiences for the year. Today I’m moving on to interesting flights. 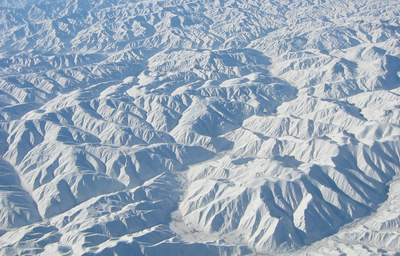 During 2008 in London I saw the play (a solo performance by Vanessa Redgrave) of Joan Didion’s magical book The Year of Magical Thinking, in which she notes ‘the most beautiful things I had ever seen had all been seen from airplanes.’ I read the book a year earlier. Well I saw some beautiful things from airplanes as well. Starting with this view of Afghanistan from a Qantas 747 en route to London. 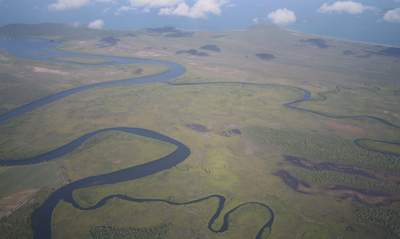 On much smaller aircraft – an Aero Commander Shrike AC50 (ie a rather old aircraft with a new name) in one direction and a Cessna Caravan 208B in the other there were great views on the short flights from Cairns to Dunk Island and then, a few days later, back to Cairns again.

I hadn’t planned to fly between Byron Bay and Coolangatta at all – I was taking the bus – but at the last minute my flight out of Coolangatta was cancelled and the only way to get there in time for an earlier flight was by helicopter, a tiny two-seater R22 Beta II.

A few weeks after seeing The Year of Magical Thinking there were some magical views of Hong Kong as we made our final approach into Hong Kong airport on another Qantas 747 flight. For some reason we didn’t come straight in to Hong Kong’s airport, instead we flew right across Hong Kong island and then looped back over Kowloon and the New Territories with bird’s eye views of the old Kai Tak Airport along the way. The views were so spectacular the captain felt obliged to suggest we have a look. I’m always amazed how few people do have a look at what’s unfolding beneath them. 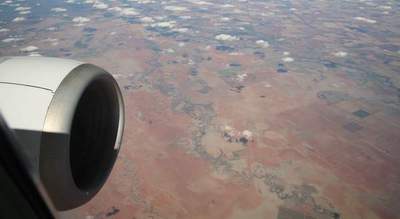 Then there was what should have been a very dull flight from Cairns to Melbourne, flat outback Australia, nothing much to see you might have thought. But the second half of the trip was quintessentially outback, that red colour like nowhere else on earth, crystal clear visibility, little puffs of cloud and then those serpentine winding rivers of south-east Australia. The Darling perhaps, I’m not sure. 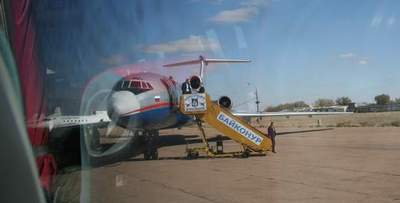 Finally the views were never that exciting but Moscow to Baikonur in Kazakhstan and then back again in a chartered Tupolev Tu-154M was certainly exciting. Partly because of reason for the trip (watching a space launch from the Baikonur Cosmodrome) and partly because of the extraordinarily interesting group of people on board – everybody from Sergey Brin and Larry Page of Google to Peter Diamandis of the X-Prize.