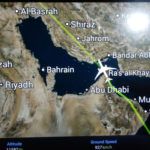 I flew Qantas flight QF9 Melbourne to London last year and QF10 back. I won’t be doing it again. Flying non-stop for 17+ hours from Perth to London is the first of a number of Qantas ‘Project Sunrise’ flights which could one day link Sydney and Melbourne on the Austra... 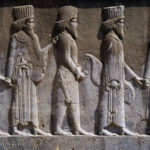 If the madman in the White House – you know who I mean – does decide to take out a few Iranian cultural centres I certainly don’t want to provide him with a checklist. UNESCO already has, in that there are 24 World Heritage Sites he could be picking and choosing from.... 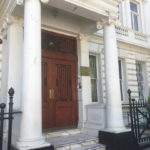 Iran, Hostages & You Didn’t Read This in the New York Times

Those bloody Iranians. They’ve currently got three Australians imprisoned – two of them (like me) British-Australian dual nationals. Dr Kylie Moore-Gilbert – a Middle East politics specialist at Melbourne University – was arrested in 2018 and has been held in Tehran’s... 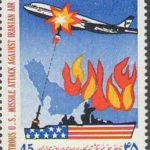 ▲ A FlightRadar24 snapshot of the air traffic over Iraq and Iran on 23 May 2019. For a time Iraq was looked upon as being unsafe and everything went over Iran. Today airlines fly over both countries, but not much is going over Afghanistan in the image above, not becau... 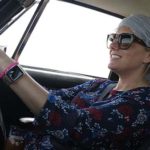 Women Behind the Wheel

The Australian daily email newsletter Crikey summed up the announcement that women would be allowed to drive in Saudi Arabia fairly succinctly: The brutal theocratic regime of Saudi Arabia is suddenly everyone’s favourite fundamentalist gang of war criminals afte...