Fairly early on in the pandemic it became clear that something weird was going on in the Arab Gulf State. And in Singapore. ▲ Singapore old and new, the Merlion and Marina Bay Sands with its ‘swimming pool across three towers.’ These countries have large ‘guestw... 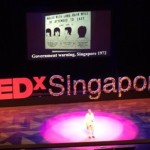 This year was Singapore’s 50th birthday and TEDx Singapore featured talks from Singapore's history over that half century: The Undiscovered Country. I spent a few days rediscovering Singapore old and Singapore new and then spoke at the TEDx conference about my nearly ... 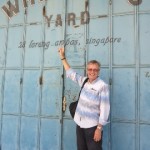 I posted on the new Singapore yesterday, my stays included a spell in the new mega-hotel Marina Bay Sands. I also check out two hotels in Chinatown (New Majestic and Naumi Iliora) and one in Little India (Wanderlust). Two of them featured a development I saw in Hong K... 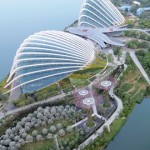 I’ve been to Singapore twice this year and explored a variety of old and new sites. ◄ I was not knocked out by the Gardens on the Bay – extending from across the freeway from the Marina Bay Sands ‘Integrated Resort’ down to the new waterfront. The big attractions a... 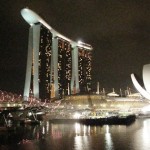 ▲ Singapore by night – liveable, brightly lit, expensive Singapore topped a cost of living survey just released by the Economist Intelligence Unit (EIU). It’s the most expensive city in the world, pushed up to that pinnacle by factors like extraordinarily expensive...