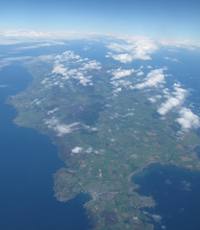 ◄ There have been some great ‘views out the window’ this year and flying to Belfast a couple of weekends ago certainly provided a few. Like this view of the Isle of Man, half way between Ireland and England. You can just about imagine where the TT motorcycle track goes around the island.

▲ As we came in to Belfast there was this glimpse of an HSS high speed catamaran ferry departing Belfast for the 2 hour trip to Scotland.

▲ Belfast’s city airport is named after tragic football star George Best. The only better ‘named after someone’ airport I can think of is Tirana in Albania where you fly in to the Mother Teresa International Airport. Best was as good with a quote as a football, his classics include ‘I blew hundreds of thousands of pounds on wine, women and song – the rest I just squandered.’ 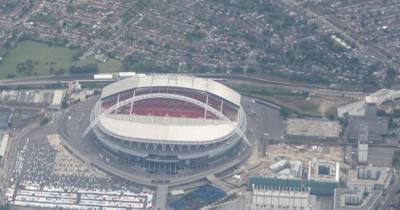 ▲ Returning to London we made a complete circuit of the city. We came in over North London with this view of Wembley Stadium. 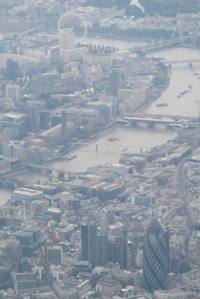