Maureen and I spent last week in Russia – first in St Petersburg (I’d never been there) and then in Moscow (Maureen hadn’t been there since back in the 1970s, in the Soviet era. My time in Moscow was spent with Lonely Planet’s Russian publishing partners Eksmo who are launching the first Lonely Planet guides in the Russian language. 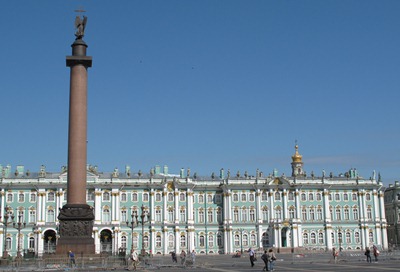 ▲ We started, of course, with a day at the great Hermitage Museum in St Petersburg. 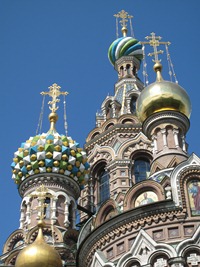 ◄ St Petersburg is a wonderful city for walking – or taking a boat trip along the rivers and canals. It’s of imposing architecture and dramatic boulevards and streets, crossing any street in St Petersburg is a major trek. Of course our walking tour took us to the Church of the Spilled Blood – built on the site of an assassination attempt on Tsar Alexander II. Inside it’s a riot of technicolorful mosaics.

It’s also the city of Dostoevksy so we walked along Sennaya Ploshchad where he lived at three different addresses and where Rakolnikov may have had his fictional Crime & Punishment residence. A sculpture of Dostoevsky marks the spot. ► 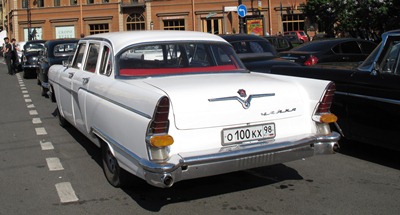 ▲  It’s not all old history in St Petersburg, I encountered this impromptu gathering of Russian car enthusiasts with their Soviet-era limousines, like this fine Gaz. 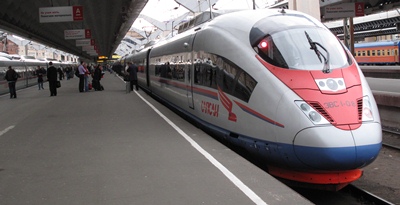 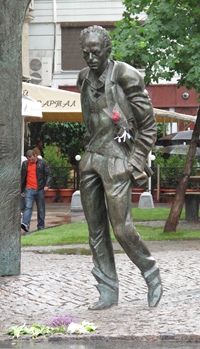 ◄  My Moscow stay was tied up with the Russian language Lonely Planet launch although we did have time for a sightseeing stroll down Stary Arbat – ‘Old’ Arbat – where we encountered this statue of Bulat Okudzhava, a much loved Soviet era poet and singer whose songs of Arbat are still fondly remembered today.