On my recent visit to Moscow to help with the launch of the first Lonely Planet guidebooks in Russian I was intrigued by the interest in a Russian language version of Lonely Planet’s Russia guide. I’ve always said that our first Russia guidebook was the most difficult, complicated and expensive guidebook Lonely Planet ever produced. 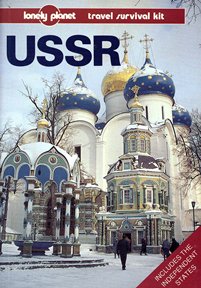 We started working on it in 1990, back in the Soviet Union days when all travel to the USSR had to be organised and prebooked through Intourist. Our two writers – John Noble and John King, great surnames for travel in the Communist world, right? – made multiple trips, the costs climbed ever higher and then, just as the book went to the printer, the USSR disappeared. We were about to publish a book for a country that no longer existed.

We thought about retitling it as the CIS – the Commonwealth of Independent States as the post-Soviet nation was briefly named. But how long would that last? We thought about ‘Russia’, but it was clear Russia was only part of the whole region. So eventually we went with USSR, even though – when the book finally emerged in late 1991 – the USSR no longer existed. 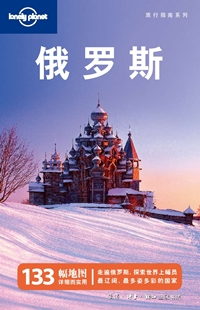 ◄  Today our Russia guidebook is in its 6th edition, but you can also read Lonely Planet’s Russia in a number of other languages including Chinese. Russia is one of the top 10 destinations for Chinese travellers. Hopefully there could soon be a Lonely Planet guide to Russia in Russian.