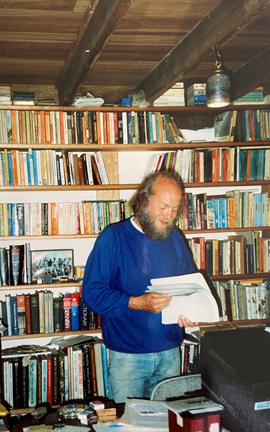 In fact Geoff’s travel publishing activities predate Lonely Planet, he was the guiding light behind the BIT Guides, mimeographed pages on travel in Africa, Asia and South America which emerged from the BIT office in London’s Notting Hill. They played a key part in the development of travel on the hippie trail in the early ‘70s. Geoff’s son Ashley Crowther posted this account of the BIT story.

Paul McCartney and Pete Townsend may have helped support BIT, but it was the BIT guides which were the main funding source for London’s ‘underground information source.’ 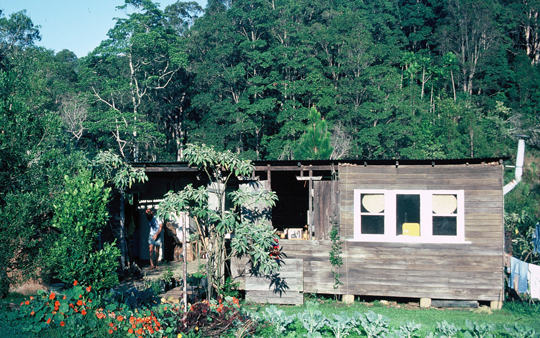 ▲ Geoff arrived in Australia in the late ‘70s and set up camp on a rainforest commune outside Burringbar near the NSW to Queensland border and in the shadow of Mt Warning. At first Geoff lived in this converted banana shed, but later he would construct a wonderful wooden house with a soaring roof inspired by the Batak architecture from the Indonesian island of Sumatra. Japanese carpenters on the commune were responsible for much of the craftsmanship.

My favourite Geoff Crowther story will always be New York Times journalist Nicholas Kristof’s 1986 ‘Geoff is Always Wrong’ story. Yes, Geoff may often have been wrong, but far more often he was right.

Geoff’s inclination to always tell the truth often caused problems for Lonely Planet including the ban on Africa on a Shoestring in Malawi due to Geoff’s criticism of ‘President for Life’ Dr Hastings Banda. I was once shown a copy of a hardback school text ‘History of Rhodesia’ which, when flipped open, revealed itself as a rebound copy of Africa on a Shoestring. When I cycled through Malawi on the Tour d’Afrique bicycle ride a few years ago I frequently encountered reminders of the ‘President for Life.’ 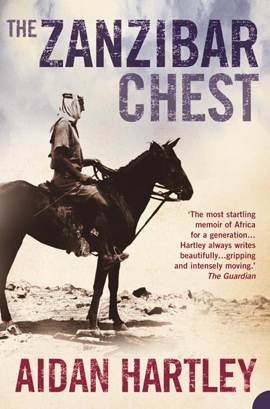 ◄ In his book Zanzibar Chest former Reuters Correspondent Aidan Hartley recounts how he was with the Ethiopian rebels as they closed in on Mengistu, the despotic Ethiopian ruler. Russian support for Mengistu’s cruel dictatorship had evaporated when the cold war ended and the Berlin Wall came down. As the rebels in their captured Soviet tanks drove into the Ethiopian capital they used photocopied maps of Addis Ababa from the Lonely Planet Africa guide. As far as I know it’s the only time we’ve directly helped to overthrow a government. After his downfall Mengistu scuttled off to Zimbabwe where another notable dictator, Mugabe, looked after him. On a visit to Harare in Zimbabwe I went in search of Mengistu. 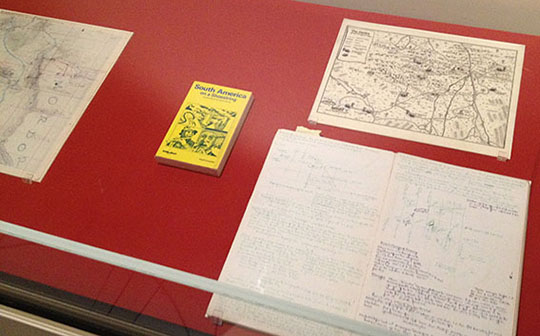 ▲ In the British Library’s 2016 Maps & the 20th Century exhibit Geoff’s maps and notes in his journal from researching the first edition of South America on a Shoestring were juxtaposed with a map of Middle Earth which J R R Tolkien used while writing Lord of the Rings. Since Geoff was sometimes accused of producing maps which were part fantasy it was a wonderful connection.

Let me leave it to Richard Everist, a former publisher at Lonely Planet, to summarise Geoff’s impact: I am sad to inform you Geoff Crowther died today, 13 April. Geoff had an incalculable impact on a unique generation of travellers. He was a true explorer and adventurer who went beyond boundaries and borders. Geoff played an enormous part in the creation of Lonely Planet. He was the author of an almost unbelievable number of first editions, books that defined Lonely Planet’s ethos and style, including Africa on a shoestring and South America on a shoestring. Plus many more. He was a knowledgeable, amusing, sometimes acerbic writer who fearlessly told the truth as he saw it. His hand-drawn maps were always works of art, sometimes possibly part-fantasy. Geoff was a charming rogue, with a fearsome appetite for life that sometimes challenged those caught up in his wake. He was a hero for me, and if I am not mistaken, for many others too. My love and thoughts go to his two closest adventurers and explorers, Hyung Poon and Ashley.