In Search of Mengistu 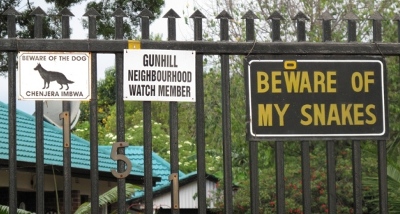 ▲ Security in Gunhill is clearly a concern as this typical array of signs on a Gunhill villa shows. Before I left Zimbabwe I had a drive around the flash Harare suburb looking for one of the city’s most famous residents – Haile Mariam Mengistu. 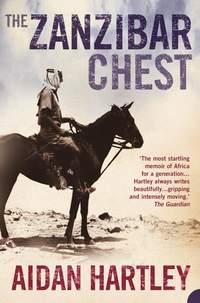 ◄ In his book Zanzibar Chest former Reuters Correspondent Aidan Hartley recounts how he was with the Ethiopian rebels as they closed in on Mengistu, the despotic Ethiopian ruler. Russian support for Mengistu’s cruel dictatorship had evaporated when the cold war ended and the Berlin Wall came down. As the rebels in their captured Soviet tanks drove into the Ethiopian capital they used photocopied maps of Addis Ababa from the Lonely Planet Africa guide. As far as I know it’s the only time we’ve directly helped to overthrow a government.

Mengistu fled to Zimbabwe in 1991 where Robert Mugabe has been hosting him ever since. He’s said to be resident on Garvin Close in Gunhill, but when I drove by the road was closed off with a couple of armed guards keeping dictator watchers at bay. ‘Nobody lives here,’ I was told, ‘they’re all state owned properties.’ I like to think that Mengistu may be a fellow member of the ‘Gunhill Neighbourhood Watch.’ 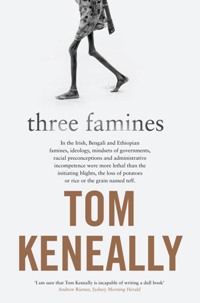 ◄ Apart from ensuring the never ending hatred of Rastafarians by bumping off Haile Selassie, the Ethiopian ruler’s Red Terror  may have killed as many as half a million people according to an Amnesty International estimate. Even more Ethiopians died as Mengistu resolutely ignored the famine which Tom Keneally documents in his book Three Famines.