Like many people these days I spend far too much time analyzing the Covid-19 figures and reading articles on the pandemic. Despite all the learned analysis I keep thinking ‘why haven’t I read anything about this’ so for a week I’m going to note my thoughts about some of the figures. I’ve looked at the Buddhist nations of South-East Asia and why they have done so well. Then I pondered why one of the ex-Soviet Caucasian nations – Georgia – has handled the pandemic remarkably well, while another – Armenia – has some of the worst numbers in Asia. The third nation – Azerbaijan – falls in between. Next I looked at the 12 places – 10 of them in the South Pacific – which have had no Covid-19 cases at all and, therefore, no deaths. But do we believe the two nations not in the Pacific – North Korea and Turkmenistan – have completely escaped the pandemic?

First we need to look at Africa as a whole where we might be doubtful about the figures from two perspectives. First of all getting accurate numbers out of Africa is bound to be difficult, it’s amazingly difficult simply getting from place to place in the Democratic Republic of the Congo, we can’t expect statistics to simply appear. Secondly there are undoubtedly African nations that don’t want to admit they might be facing pandemic problems and Tanzania could well be one of them, President John Magufuli announced that Tanzania had fought Covid-19 with ‘the power of prayer’ and since “Corona cannot survive in the body of Christ, it will burn” the country no longer had any Covid-19 so they didn’t need to provide any more numbers.

▲ The 100 trillion Zimbabwe dollar note – would you trust any numbers from Zimbabwe?

South Africa – population 59 million – has over 380,000 cases, just over 50% of the African total even though South Africa only accounts for 5% of the population of the whole continent. South Africa is number five in the world in number of cases, but only two other African nations – Egypt at number 25 and Nigeria at number 47 – even make it into the 50. None of the four nations along South Africa’s northern border have anything like the same case rate – Namibia’s case rate at 537 per million is only 8% of South Africa’s, Mozambique’s is less than 1%. Botswana and Zimbabwe’s fall in between. Zimbabwe is the place that invented the 100 trillion dollar note, would you trust any number that came from there? 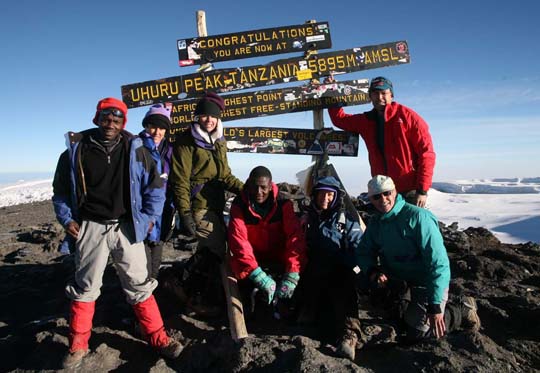 So I was somewhat doubtful of Tanzania’s virus-free status, but my Melbourne-based friend Mark Cubit, who has spent a lot of time in Tanzania, reported that after it ‘ran rampant … it seems to have all gone away rather quickly.’ He noted that there was indeed no government data, ‘but that’s based on considerable anecdotal commentary on what hospitals are seeing.’ Is this the same story as Myanmar – see my Buddhist Nations of South-East Asia thoughts, where I definitely believed the source – Medical Action Myanmar – which reported that if there was a major outbreak in Myanmar it would be impossible to hide. Another ‘what’s happening in Tanzania’ story popped up from Ruud Elmendorp who has managed to find himself stranded in Tanzania and he also came up with ‘coronavirus, what coronavirus?’

So here are the figures for South Africa – at the worst end of the scale – and those four East African nations. They’re all doing well to very well and Johns Hopkins University in the USA in their regular Covid-19 email cited Rwanda as ‘a leader in controlling the pandemic.’ In particular Rwanda has been a pioneer in ‘pooled testing.’ If the number of positive tests as a percentage of all tests is very low you can combine – pool – a group of samples and test them all together. If the result is negative then you know none of the pooled samples has the virus and you’ve saved doing multiple individual tests. If the result comes up positive then at least one sample in the pool is infected and you do have to test them all. Lots of positive results essentially underlines that you’re not conducting enough tests.

Nevertheless according to the figures Rwanda is not doing as well as Uganda and certainly not as well as virus-free Tanzania. There are lots of stories about hold ups at the borders as truck drivers wait to be tested and if they do carry the virus potentially pass it on to other drivers while they’re hanging around. Uganda and Rwanda are both land-locked so good come in to Mombasa in Kenya or Dar es Salaam in Tanzania by ship and then continue by truck. During the worst of the HIV and AIDs crisis in Africa it was often truck drivers who carried if from country to country.