I spend lots of time – like lots of other people – looking at the coronavirus numbers, graphs, projections and analyses. Of course we pay most attention to our own backyard – what’s happening in Europe, in North America or, for me, in Australia and then looking jealously across the Tasman Sea at New Zealand. But there are lots of other interesting Covid-19 stories that don’t get so much attention. My notes on a few of them starting today with the Buddhist countries of South-East Asia. Over the next week I’m going to note down my thoughts on:

• The ex-Soviet Caucasian republics, why are their stories so very different?
• The Arab Gulf states – and Singapore – what went wrong?
• The dozen or so countries which have had absolutely no Covid-19 cases or deaths – really?
• The places – and I’m in one of them, the city of Melbourne – where it all went right and then suddenly went wrong 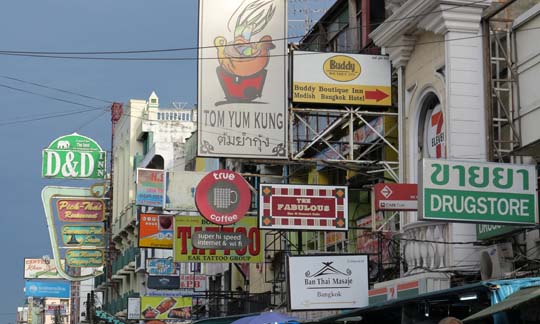 ▲ Khao San Rd in Bangkok, ground zero for backpacker tourism in Thailand before the pandemic.

There have been a number of interesting stories – including this one from Reuters in late-April on why Vietnam handled coronavirus so astoundingly well. As of today Vietnam has had 382 cases in total and zero deaths. Vietnam is not a small country, the population is just under 100 million so the number is astonishing. The USA case figures are over 3.8 million and the deaths over 140,000. So three times the population, but 10,000 times as many cases. Why were the Vietnamese so successful – well all the standard rules, act quickly and decisively, lockdowns, isolation, masks, quarantines. And why did they act so fast? Well they’d had prior experience, Vietnam was one of the first countries outside of China to be hit by SARS, they knew how that could go wrong. And – like the Taiwanese who also stamped on Covid-19 before it could get a foothold – they had a healthy suspicion of China.

A story headed Wai-five last week in The Economist issue for 11 July 2020 pondered why the Buddhist nations of South-East Asia had performed so well in the pandemic. Vietnam – atheist-Communist though it may be – has escaped the virus almost completely. The article suggested that perhaps Myanmar’s excellent figures were not believable, but quoted Frank Smithuis of Medical Action Myanmar: ‘if there had been large-scale transmission, his organisation would have noticed. It is not possible, he says, to hide a covid-19 outbreak—especially in Myanmar, the world’s “gossip country number one”. 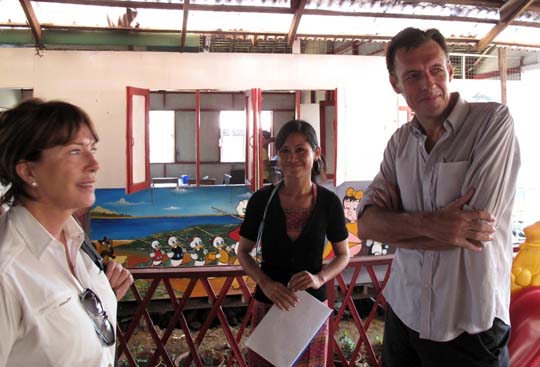 ▲ We’ve supported Frank and Medical Action Myanmar through Planet Wheeler for many years. Here’s Maureen with Dr Ni Ni Tun, Frank’s wife, and Frank Smithuis in their clinic in Yangon.

And here are the latest figures from worldometers for those five South-East Asia nations with their population, active cases since Day 1, cases per million (M) population, deaths since Day 1, and deaths per M.

Thailand has far more cases and far more deaths than the other Buddhist nations, but the figures are still remarkably low for a country with such big tourist numbers – pre-pandemic of course – including huge numbers of Chinese visitors. Plus Bangkok is a big, densely populated city, a place you’d think would have all the ingredients for major Covid-19 problems. Thailand’s population is slightly larger than the UK’s, but compare Thailand’s 58 deaths with the UK’s 45,000? I’ve got a number of friends waiting out the pandemic in Thailand. Joe Cummings was Lonely Planet’s Thailand pioneer and Thailand expert, a recent CNN article covered his long term Thai connections. Chris Taylor, whose Lonely Planet expertise included Tibet, China and Japan, is also still in Vietnam. For a spell he kept an interesting diary of his experiences locked down in Bangkok – in Isolation Row, where no one can hear you talking to yourself.