I’ve been to Zanzibar – the island just off the coast of Tanzania – twice. Once before I joined a group of friends to climb Mt Kilimanjaro (Africa’s highest mountain) and once when I spent two week on my bicycle riding from Iringa in Tanzania to Lilongwe in Malawi. That was part of the annual Tour d’Afrique, a four month Cairo to Cape Town bike ride. On both occasions I visited the beachfront House of Wonders or Beit-al-Ajaib in the heart of Zanzibar’s historic Stone Town. 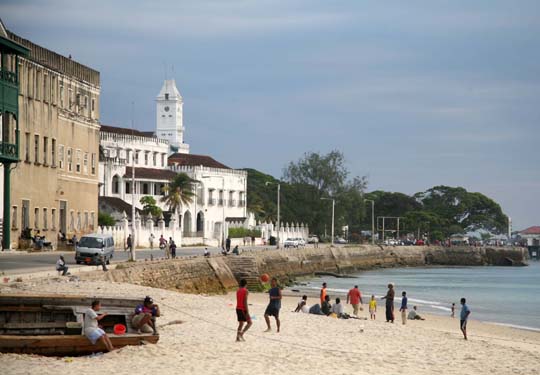 ▲ Looking at a beach football game towards the House of Wonders. I was sipping a sundowner beer in Mercury’s Bar on the beach, yes it’s named after Freddie Mercury of Queen, Mr Bohemian Rhapsody was born in Zanzibar.

When it was built in 1883 it was the largest building in East Africa and the first to have a lift as well as being the first building on the island with electricity. No wonder it was known as ‘The House of Wonders.’ More recently it housed a museum and was part of a UNESCO World Heritage Site, but it was clearly not in good shape even before the tower collapsed bringing down a large part of the building on Christmas Day 25 December 2020. Parts of the verandah and roof had collapsed in 2012 and 2015 and the museum contents had been removed while the building was supposed to be repaired. Clearly those repairs were taking a long time, two people were killed in the collapse. 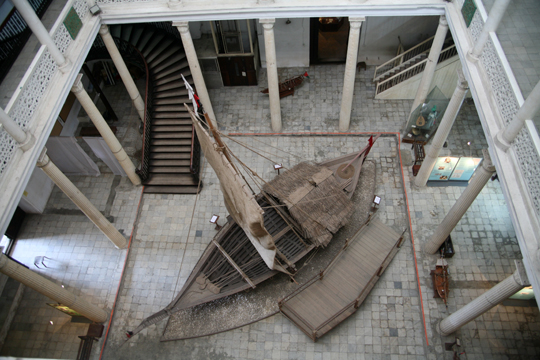 ▲ A traditional mtepe Swahili sailing boat in the House of Wonders. When the building was originally constructed Zanzibar was part of the Omani empire and the Sultanate of Oman, on the Gulf, has promised to support the rebuilding effort.