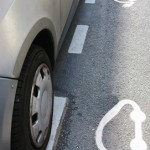 Bicycle sharing schemes are all the go – I’ve posted blogs about my experiences with them in Melbourne (where the Melbourne Bike Share scheme launched just a few weeks ago) and in Paris (I was in Paris in 2007, not long after the Vélib’ scheme launched). Car sharin...