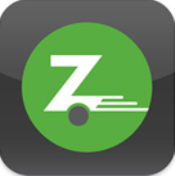 ◄ I’ve been getting around London with three useful smartphone apps. When I need a car in London I go to Zipcar and their phone app shows me where the cars are (the nearest one is about 100 metres from where I live in London) and altogether there are 1700 of them scattered around the city. With the app I can make a booking and get directions to the car I’ve chosen.

This time I went rather further across town because I wanted to try the new electric Vauxhall Ampera (aka Chevrolet Volt) which has just been added to Zipcar’s London fleet. Here it is plugged in to its charging point where I collected it. ▼

Back home in Australia I drive a Prius hybrid and last year I spent a couple of days driving up and down the mountain passes of Switzerland in an electric Tesla.

Two days later I dropped my Zipcar Ampera back to its charging point and called up the Barclays Bike app to find a ‘Boris Bike’ for the ride home. Boris Bikes (nicknamed after London’s mayor Boris Johnson) are the London share bikes which are also found all over the city.  ►

The app shows the nearest bike stand and, most important, shows how many bikes are available and how many spaces are free if you’ve got one to return. It’s annoying when you want to hand your Boris Bike back and there’s no slot to park it. 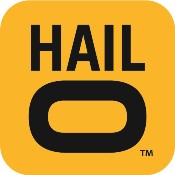 ◄ Finally I’ve been using Hailo to hail a London black cab. It’s never been easy to make a phone booking for a traditional black cab, but this app works amazingly well. It shows you the nearest free taxis to your location, you choose one and it’s directed to you with a minute to minute countdown as it approaches and a map showing you where it’s got to so you even know which direction to look for it.

The only problem is the app – on iPhones at least – can only be downloaded if you have an Apple UK account. You can fairly easily switch to Apple UK, but then you may have to switch back again to your home country later on. No idea why it works that way.