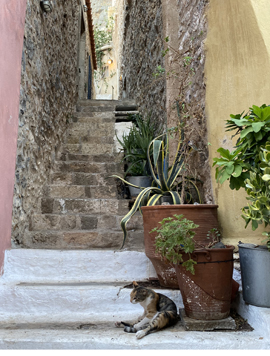 My recent travels have taken me to Norfolk and Northumberland in England, to the island of Ibiza in Spain and to assorted Ionian islands and along the Pelopponesian coast of Greece. Monemvasia is 300km from Athens by road, rather less distance by sea. It’s towards the southern end of Cape Malea, the second of the four Pelopponese peninsulas, heading west from Athens. 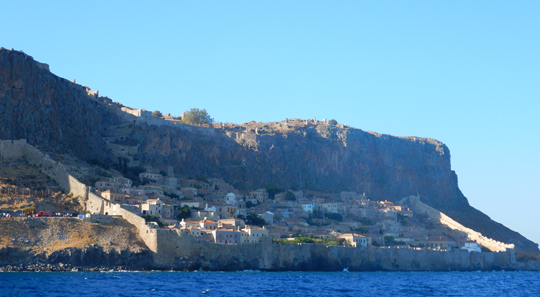 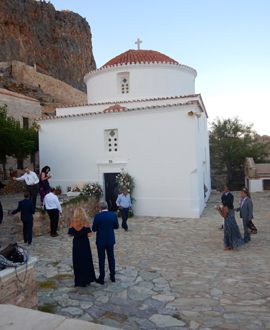 ▲ Although the town was, supposedly, founded in 583 AD its solid walls are medieval. Anybody you care to name – Roman, Venetian, Ottoman – has played a part in its history, but the solid walls, particularly viewed from the sea, tell the tale. The town is walled in at the western and eastern end and along the southern waterfront. Along its northern side the town comes up against an almost sheer rockface.

◄ There was a wedding taking place at the Church of Panagia Hrysaphitissa. 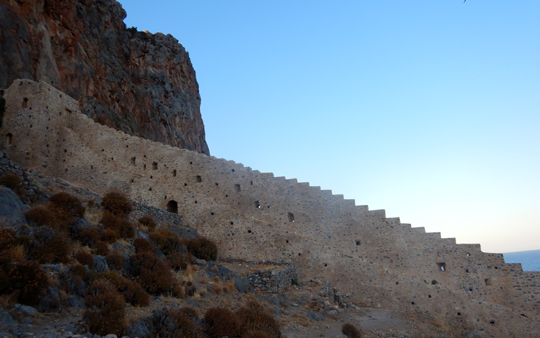 ▲ The eastern wall from inside the town. 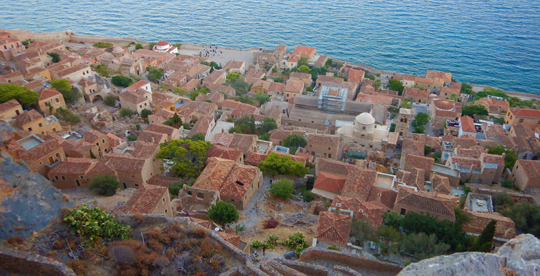 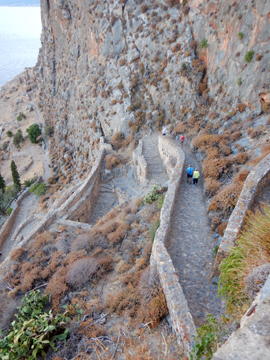 ▲ Looking down on the town from high up on the rock face. Effectively Monemvasia is an island, connected to the mainland by a causeway.

◄ A switchback pathway leads back down to the causeway road from a gate in the wall up towards the rock face.