Having visited the walled town of Monemvasia on the Cape Malea peninsula, the second of the Peloponnese peninsulas moving west from Athens, we moved on to the other two peninsulas. 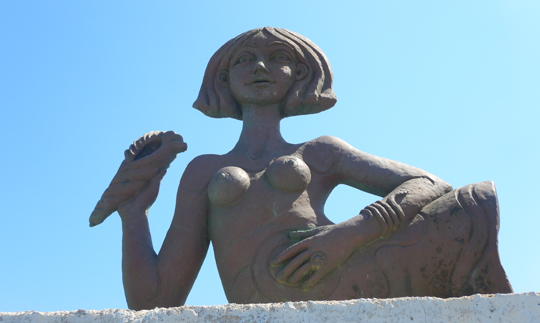 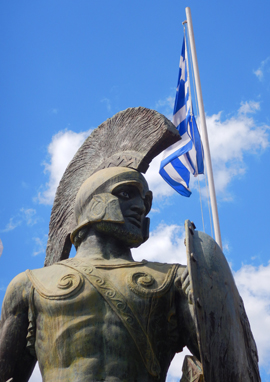 ▲ Mermaid on the harbour wall at Gytheio

◄ Our second stop was Gytheio on the Mani Peninsula, the third peninsula. From there my little group of friends travelled inland to Sparta, it’s a pretty nondescript looking modern town today but it does feature a statue of Leonidas who led the Greek forces against the Persians at the Battle of Thermopylae, but while he may have died and the Greeks and the ‘300 Spartans’ lost the battle they defeated the Persians a year later. 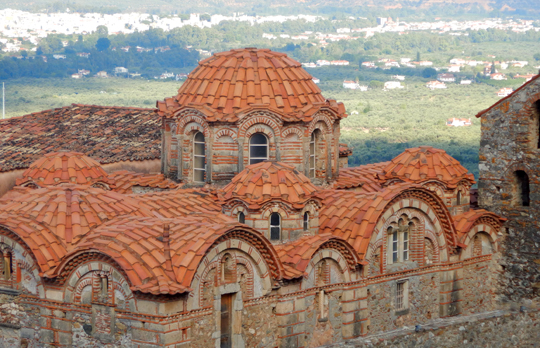 ▲ Metropolis Ayios Demetrios, Mystras with the modern town of Sparta down below

From Sparta we continued up to the ruins of the Byzantine town of Mystras where we walked down from the Upper Gate at the top of the town and the bottom exit, passing Ayia Sophia, Ayios (Saint) Nikolaos, the Palace Complex, through the Monemvasia Gate, the Monastery of Panatanassa, the Evangelistria and finally the Metropolis Ayios Demetrios on our way down. 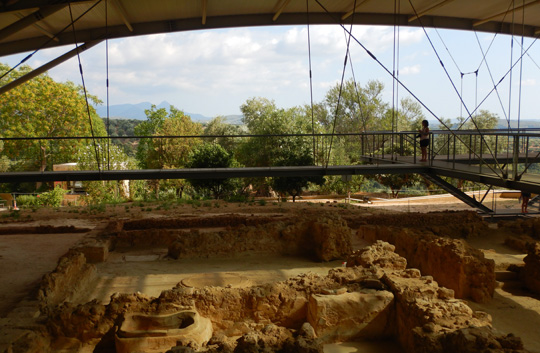 ▲ The port of Pylos was our jumping off point for a visit to the Chora Archaeological Museum (lots of ancient Greek pottery, much of it from the nearby Nestor Palace). Then on to the Palace, which burnt down around 1200 BC. A very expensive looking roof-canopy protects it from the elements with elevated walkways from which visitors can look down on the remaining palace foundations. 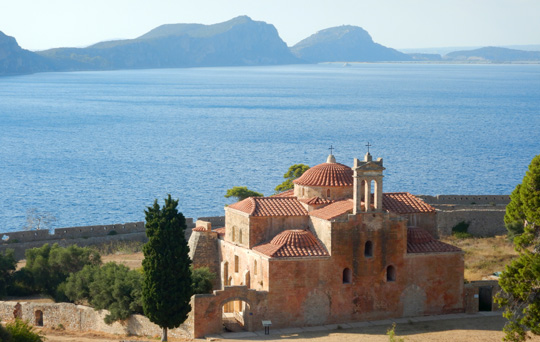 ▲ In the town the huge Pylos Castle features the Church of Transfiguration of the Saviour looking across the town’s wide harbour. 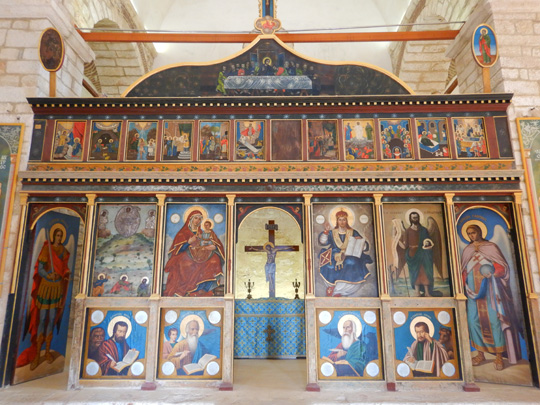 ▲ Altar Screen of the Church of Transfiguration of the Saviour in Pylos Castle.