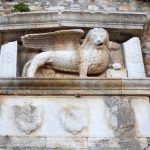 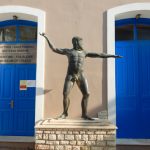 The Ionian Islands of Greece – Zakynthos, Ithanki (or Ithaca), Corfu, Kefalonia, Lefkada, Paxi (or Paxos) and Kythira are the seven largest and there are a host of smaller ones. They step along the western side of Greece, ending where the Ionian Sea blends in to the A... 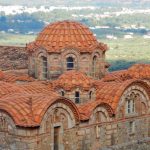 Having visited the walled town of Monemvasia on the Cape Malea peninsula, the second of the Peloponnese peninsulas moving west from Athens, we moved on to the other two peninsulas. ▲ Mermaid on the harbour wall at Gytheio ◄ Our second stop was Gytheio on the Ma... 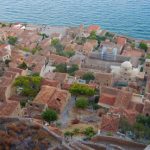 My recent travels have taken me to Norfolk and Northumberland in England, to the island of Ibiza in Spain and to assorted Ionian islands and along the Pelopponesian coast of Greece. Monemvasia is 300km from Athens by road, rather less distance by sea. It’s towards the...