It’s got a reputation as Spain’s party island – through the 1990s and into the 2000s the Manumission club nights at Sant Rafel de Sa Creu regularly pulled in 10,000 clubbers. Somehow I’d never been there so going to speak at a tourism summit in Barcelona was the opportunity to carry on for a visit. Decidedly an out-of-season visit. At the end of October the Ryanair and EasyJet flights which shuttle beach-goers and dance clubbers in and out suddenly shut down and the island almost goes into hibernation. 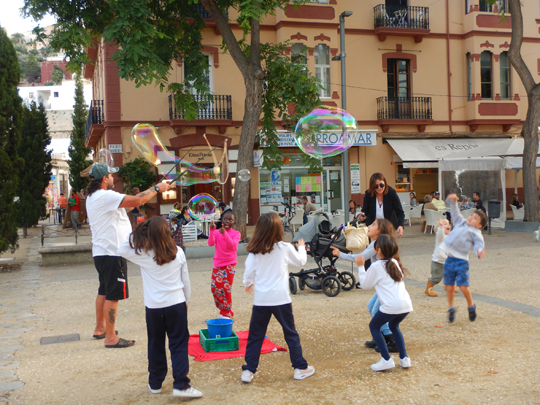 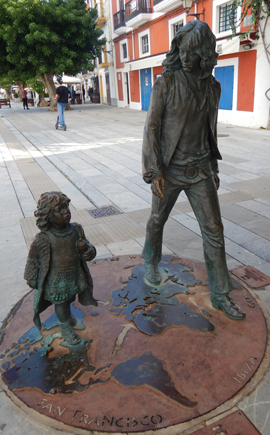 We plotted out a three part visit to the island. A couple of days in the ‘capital’ Eivissa, a visit to the nearby island of Formentera and then a rent-a-car to drive around Ibiza. We started out with a stay at Gran Hotel Montesol, right on the Passeig de Vara de Rey, the pedestrian-friendly rectangle, rather than a square, which marks the centre of the town.

◄ The word ‘hippy’ pops up an awful lot in Ibiza so this ‘hippy father and daughter’ statue on the waterfront in front of our hotel was a useful reminder of the era, linking San Francisco with Ibiza, Goa and Kathmandu. Google Tony Riera for the story of the 1976 photograph which inspired the statue, it was taken in Amsterdam so had nothing to do with Ibiza even though it fits the mood perfectly. 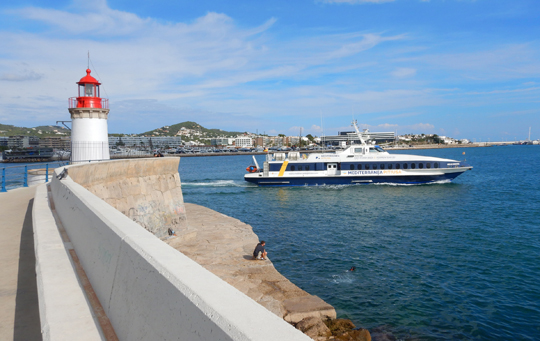 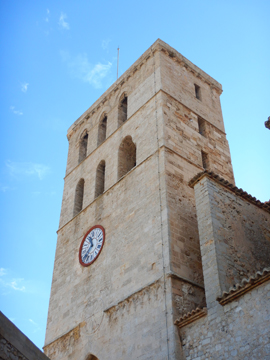 ▲ Ferries shuttle out of Eivissa to the neighbouring island of Formentera, but also to the Spanish mainland and the other Balearic Islands.

◄ The town is dominated by the Alt Vila walled city with its extensive city walls you can walk around. Right in the centre of that old town area is the old cathedral, an unmissable landmark and all the winding laneways in the old town lead to the cathedral at the top of the hill. 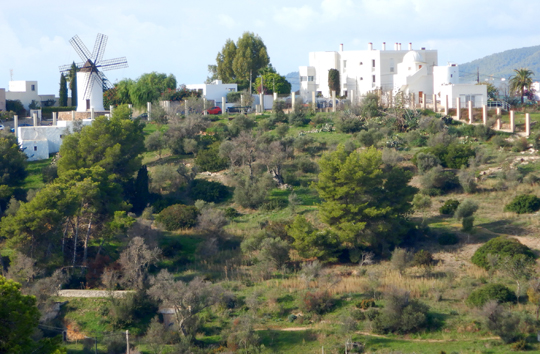 ▲ From the city walls you can look down on the Puig des Molins museum and the Necropolis which has gone through multiple incarnations, starting with Phoenician tombs from the 7th century BC. 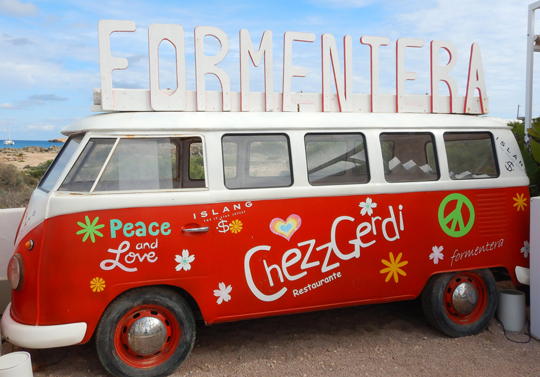 ▲ Next stop was Formentera, we took the one hour Aquabus ferry out there and came back on a high speed 30 minute Trasmapi service. Formentera is all about beaches, there are lots of them, and since winter was on its way we were definitely out of season. This hippy favourite VW Kombi was at Es Pujol, the nearest thing to a beach resort on the island. 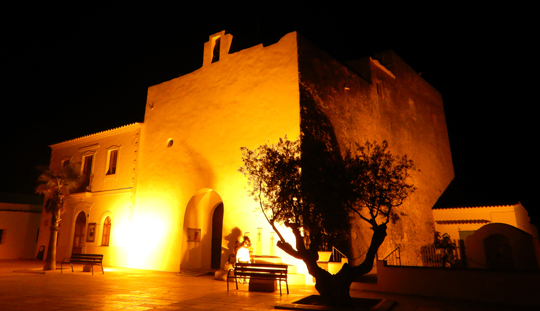 ▲ Nevertheless the Eglesia de Sant Francesc in the main town on the island, Sant Francesc Xavier, was a worthwhile visit at night. It’s a fortress church and I was intrigued how it would have been lit, since there was hardly a window to be seen. 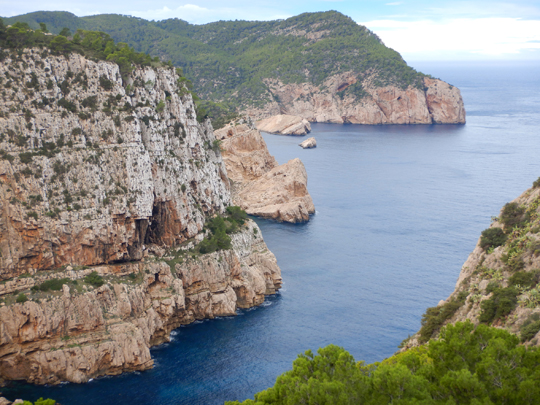 ▲ The view from our room in Hacienda Na Xamena.

Back on Ibiza we picked up a rent-a-car – a Fiat 500s, all my European driving of late seems to be in those Italian cinquecentos – and spent two days driving around the island from our base near San Miquel de Balansat on the north coast of Ibiza. It’s not a big island, so exploring from one end – Partinatx in the north-east – to the other – looking across to Es Vedra in the south-west – was no feat. In between we’d dropped in on pretty little towns like Santa Gertrudis de Fruitera or Sant Carles de Peralta with the Las Dalias Hippy Market. 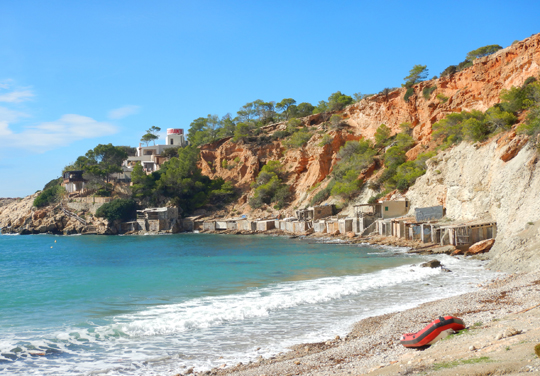 ▲ The beach at Cala D’Hort towards the south-east corner was our final stop. We could enjoy lunch at a restaurant on the beach and … 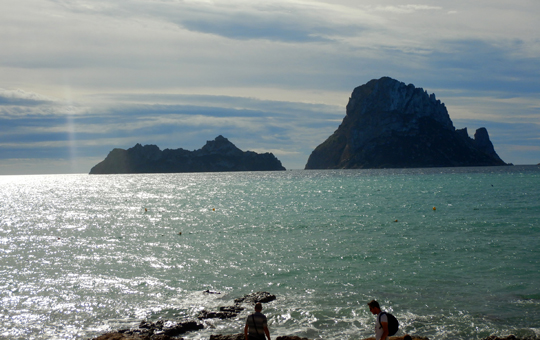 ▲ … look across to the rocky pinnacles of Es Vedra. we’d spotted them from the ferry to and from Formentera as well.