The Ionian Islands of Greece – Zakynthos, Ithanki (or Ithaca), Corfu, Kefalonia, Lefkada, Paxi (or Paxos) and Kythira are the seven largest and there are a host of smaller ones. They step along the western side of Greece, ending where the Ionian Sea blends in to the Adriatic, where the heel of Italy kicks out towards Albania. My recent Greek travels took me to Zakynthos, Ithanki, Kefalonia, Antipaxos and Paxos before ending in Corfu.

▲ Marathonisi Island, nestled in the bay at the south-west end of Zakynthos Island, is noted for the turtles that nest on its beach. Zakynthos itself is noted for its shipwreck beach, the focus of countless Instagram photos. The town of Zakynthos is a large and busy port with the Agios Dionysios Church, rebuilt after the 1953 earthquake which shook Zakynthos and neighbouring islands. 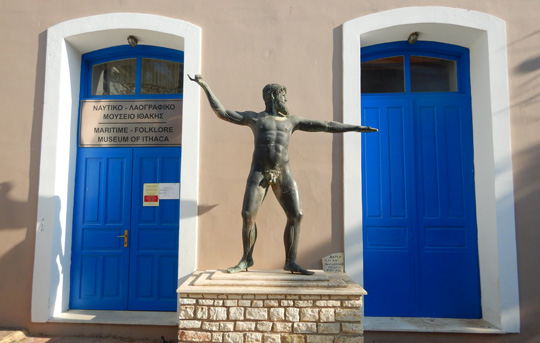 ▲ The museum in Vathy, the port on the east side of Ithaki (or Ithaca) Island. The end point for Odysseus’s Homeric travels Ithaki is north of Zakynthos, sandwiched between Kefalonia and the mainland. A narrow isthmus connects the northern and southern halves of the island. 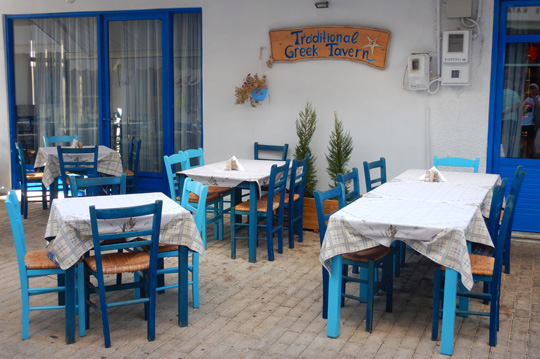 ▲ Also in Vathy the sign announces that it’s a Traditional Greek Tavern and isn’t that exactly what it looks like?

▲ There are so many Greek ferries criss-crossing the waters around the Greek Islands, it’s scarcely a surprise when two Anek Lines ships pass each other in opposite directions. 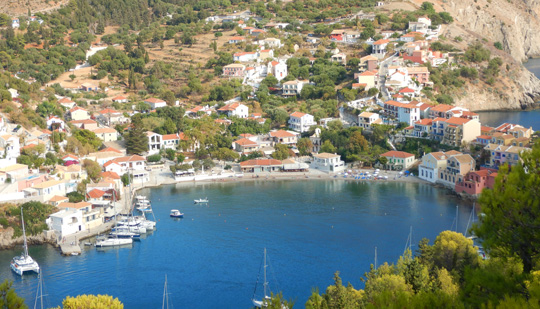 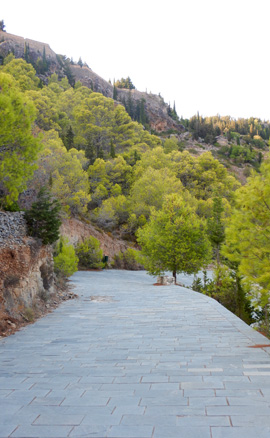 ▲ The largest and most varied of the Ionian islands, Kefalonia was particularly badly hit by the 1953 earthquake. It features the pretty little port of Assos, curving around its neat little harbour and almost too postcard perfect. Overlooking the port is a strategically situated fort.

◄ There’s clearly a lot of effort gone into constructing the paved pathway leading up to the fort entrance. 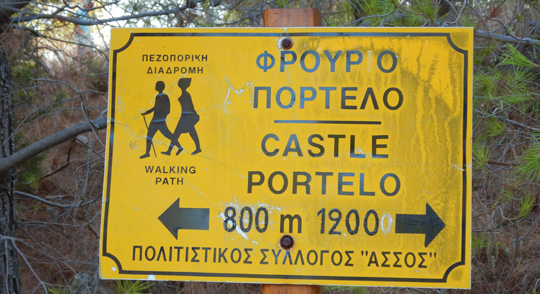 ▲ And a choice of walking routes leading up to the fort. 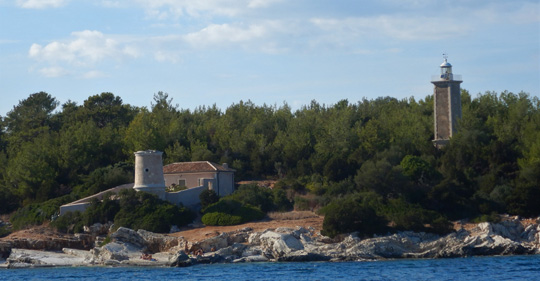 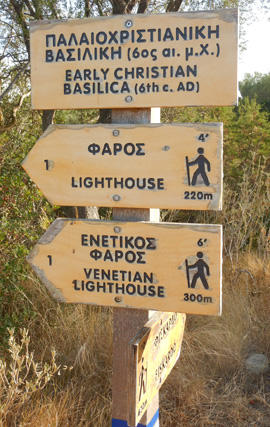 ▲ Two lighthouses, a Venetian one and modern one, mark the entrance to the harbour at Fiskardo, also on Kefalonia Island

◄ The ruins of a 6th century Christian basilica stands just inland from the lighthouses. There’s a choice of walking tracks from the village.