The Circumference of my World


Right now my world has a 5km radius. The Covid-19 Stage Four Lockdown we’re currently suffering under in Melbourne, the capital city of the Australian state of Victoria, has three main rules: 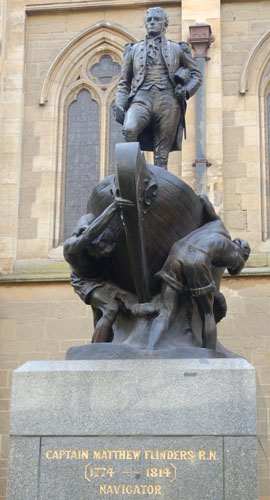 1. Mandatory mask wearing anytime you’re outside your home
2. An 8pm to 5am curfew
3. No venturing more than 5km from the front door

Our daily pandemic data – deaths, new Covid-19 cases, hospitalized numbers, hotspot locations – could also include the figures on fines. Every day the Melbourne police are handing out 200+ fines for offences including not wearing a mask (A$200) or venturing outside the 5km lockdown radius or going out after hours (A$1652).

◄ Matthew Flinders statue – Australia’s pioneering explorer Matthew Flinders circumnavigated Australia in 1802-1803. Click here for my 2017 blog on Flinders, his cat Trim and his statue collection, he has more statues than anybody else in Australia apart from Queen Victoria.

My current tiny world has a 31.4km circumference – simple maths, the circumference of a circle is πD where π (pi) is 3.142 and my D (diameter) is 10km. That circuit just takes in Melbourne’s Matthew Flinders statue outside St Paul’s Cathedral.

Right now I certainly can’t contemplate circumnavigating Australia like Flinders although, over the years, I have driven (car and motorcycle) right around the island continent. At approximately 14,500 km (9000 miles) the highway around the country ranks as the longest national highway in the world, longer than the 11,000km Trans-Siberian Highway or the 8000km Trans-Canada Highway. 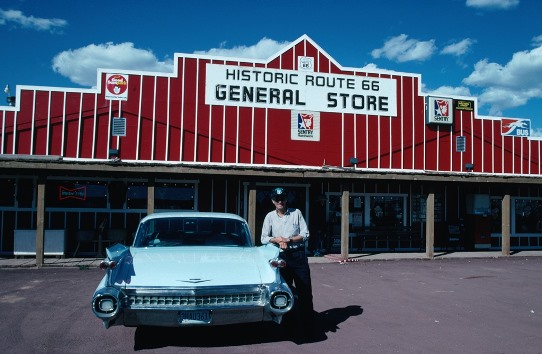 ▲ Los Angeles-New York is only about 4500km, I’ve driven the USA coast-to-coast too and in an appropriate car, a 1959 Cadillac. 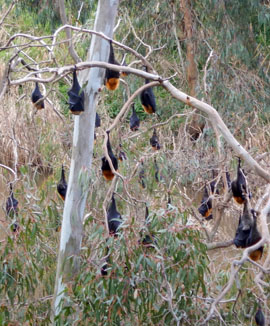 I’m lucky that my radius of action encloses some interesting bits of Melbourne including half the city, all of the Botanic Gardens (although they’re currently closed), Melbourne’s most popular running circuit (the Tan Track around the Botanic Gardens), a good stretch of the Yarra River including the Studley Park and Fairfield Park Boathouses (both closed at the moment), the riverside fruit bat (flying fox) colony, even Kew Billabong falls just inside my circle.

So I’ve set out to ride the circuit. Of course you can’t just ride a simple circle and going up and down streets, trying to keep just inside the 5km boundary, means it comes to rather more than 31.42 km. 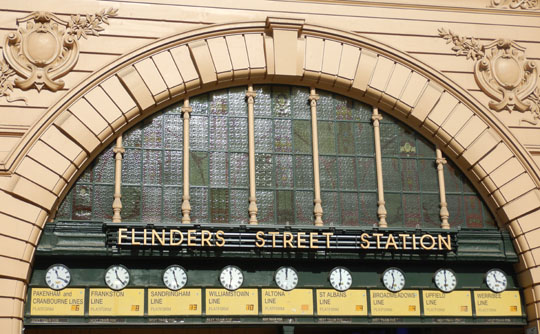 ▲ I could start my circuit ‘underneath the clocks’ at Flinders St Station. It’s one of the city’s most popular meeting spots and it falls just inside my radius of action. Some of the interesting stops along the way include the Flinders Statue just across Swanston St. 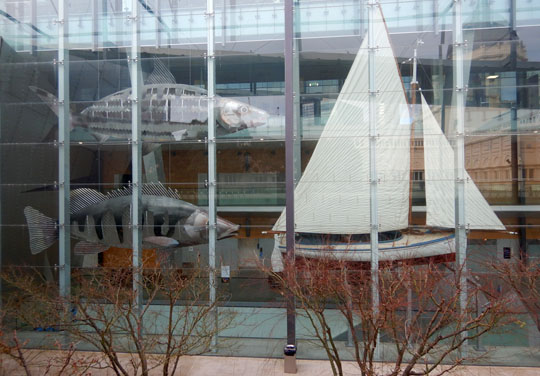 ▲ And the Melbourne Museum (closed right now of course) in Carlton Gardens.

▲ Brunswick St in Fitzroy – very quiet at the moment – mostly falls inside my radius, this street art is just west of Brunswick St but inside my circle.

▲ All of Kew Billabong, one of the most interesting Yarra River billabongs, is completely inside my current world. From Kew Billabong it’s not very exciting working your way through Kew East, Deepdene, Canterbury, Camberwell, Glen Iris, Malvern and St Kilda East – lots of up one street and down the next and amazingly a lot of them seem to go uphill. The one really good downhill stretch I found quickly whisked me outside my 5km limit and I had to U-turn and pedal back uphill to get back inside. 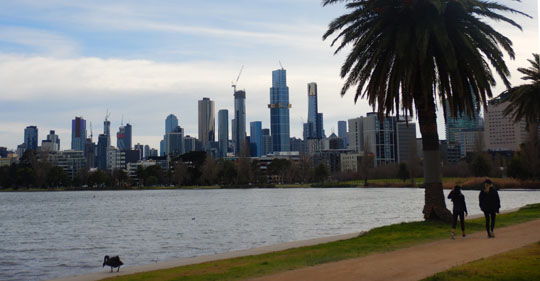 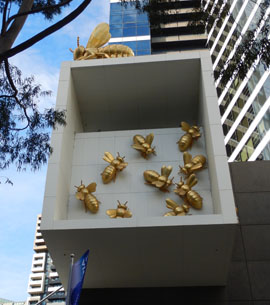 ▲ Eventually I arrived at the edge of Albert Park Lake, looking towards the city from here. The north-east side of the lake and that part of the Albert Park Grand Prix Circuit is in my circle. 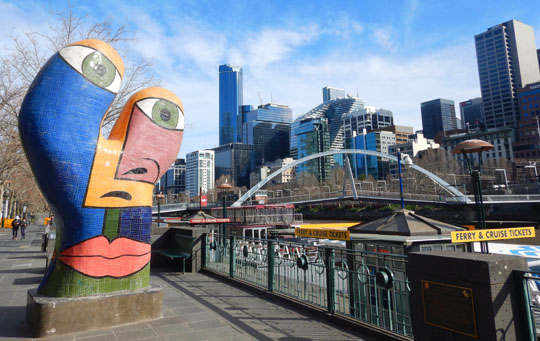 ▲ And past Deborah Halpern’s Ophelia statue and over the Evan Walker footbridge across the Yarra River and back to my Flinders Station starting point. Melbourne statues and sculptures often seem to wander around the city and that’s certainly true of some of Ms Halpern’s works.

So has Melbourne’s lockdown worked? It does seem to have cut the infection rate fairly dramatically although the Covid-19 deaths story in Melbourne is not a good one. Next blog I’ll look at why some people (including me!) are getting rather fed up with the Australian lockdown, particularly when as a country we’re doing better than almost anywhere in Europe (and everywhere in the USA) and even locked-down Victoria is doing good enough to get the UK’s ‘no quarantine needed’ seal of approval. I’ll also visit Dr Sun Yat Sen and his Melbourne Chinatown statue.