Flying in a 707 & Aerial Apologies


So when did you last fly in a Boeing 707 Simon Calder asked me last month, since 3 January 2021 was the 40th anniversary of Pan Am retiring their last 707. They placed the first order for that pioneering aircraft back in 1955, so almost 70 years ago. 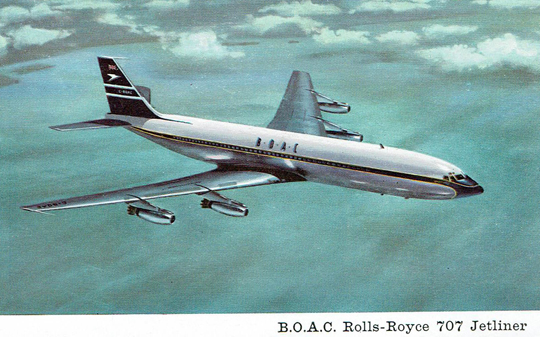 I can certainly remember my first 707 flight, the 707 went into service with Pan Am in late 1958. BOAC acquired their first 707s a little later and in 1960 they sent one to Detroit, Michigan to do a promotional demo flight. My father was BOAC’s airport manager at Detroit so I got to take that short Detroit-to-Detroit excursion.

▲ Here are the passengers – local journalists and media, the Detroit ‘great and good,’ am I’m hiding in there?

But my last 707 flight? I think it would have been in Africa in 1989. I flew on an Air Zimbabwe 707 Harare-Nairobi and I seem to remember noting that the aircraft was probably ex-Lufthansa from the amount of text in German, fold-down instructions on the seat tables, in the toilets, etc. But I certainly remember coming back Nairobi-Harare on a Kenya Airways 707 for an extremely detailed apology from the captain. The departure was delayed and delayed and when I saw what I assumed was our 707 being towed away I knew it didn’t look good. Eventually another 707 was towed to the gate and finally we departed.

Once we were in the air the captain apologized:

• For the late departure, seems the replacement 707 was a different model and the scheduled flight crew weren’t qualified to fly it so he had to be roused and brought out to the airport. Or perhaps it needed a flight engineer as well and one of those had to be found?
• Then he was doubly apologetic to passengers who were intending to continue on from Harare (to Jo’burg? Luanda? Somewhere anyway) because they were too far behind schedule to continue today. ‘But our helpful staff in Harare will sort everything out and there should be a flight within a week.’
• Then he was triply apologetic to passengers who had come through from Addis Ababa, ‘because all your luggage has been left behind.’ 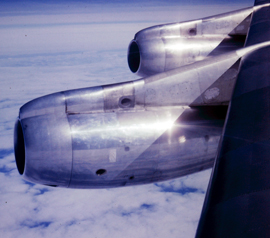 The only apology I can remember to compete with that was on a BOAC Britannia London-Montreal-Detroit in August 1959. Some distance out across the Atlantic the captain said ‘oops’ and something along the lines of ‘they filled up tanks 1, 3 and 4, but somehow they forgot to put any fuel in tank 2, so we’ll have to go back to London, fill up and start again.’

Back to 707s I’m pretty sure it was a Singapore Airlines 707 I flew on Istanbul-Tehran and then, after a few days in Tehran, Tehran-Colombo-Singapore in October 1978. The Colombo landing I still remember as impressively hard, overhead bins popped open. Tehran was not a happy place at the time, the Shah only had a few more months.

I certainly remember my last 727 flight, on a Hewa Bora Kinshasa-Kisangani flight in Congo DRC in 2011. If it had been a week later it might have been my last flight ever.