Lonely Planet author Mara Vorhees was the LP Russia expert and also a keen cyclist. She was part of the Lonely Planet ‘team’ we put together to ride the Tour d’Afrique from Cairo to Cape Town in 2009. Mara rode from Victoria Falls to Windhoek, following ‘The Elephant Highway’ through Botswana and Namibia. I’d covered an earlier two week stretch through Tanzania and Malawi. Check my blog on 10 Years of the Tour d’Afrique. 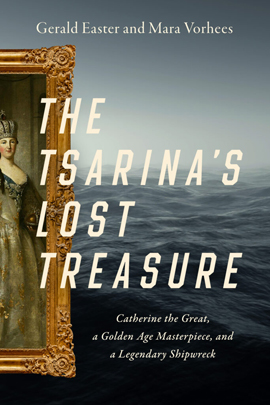 Now, with her husband Gerald Easter, Mara has written a page-turning book – The Tsarina’s Lost Treasure – about an amazing shipwreck. I wrote a paragraph for the cover: ‘Russia’s Great Empress (the one who dumped her own husband en route to the top), a sunken ship, an enormously valuable art work, an international squabble over the salvage rights, possessive governments, annoying Finnish bureaucrats, feuding art critics, post-Communism Russian oligarchs, enormous egos and that’s before the scuba divers come to the surface, enlist argumentative lawyers and head to court.‘

The Hermitage Museum in St Petersburg, where the lost painting should be on display. I visited St Petersburg back in 2012. ▼ 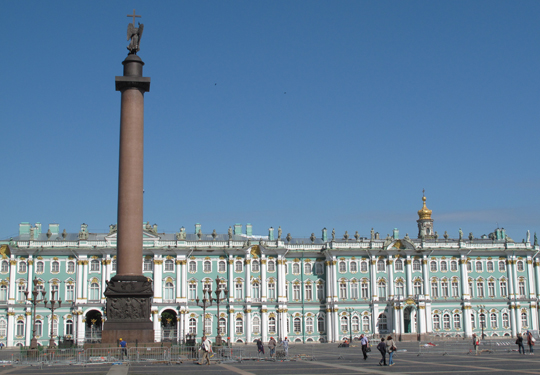 Or if you’d like my longer review – The Vrouw Maria – Lady Mary – was no great size, less than 30 metres (100 feet) in length, and of no great importance, just a two-masted wooden cargo ship. But what a cargo and what a story that cargo has told. Much of the vessel’s load was mundane – sugar, coffee, fabrics – but quietly stowed in the hold – probably to avoid customs duties if it was declared – was an incredibly valuable collection of Dutch Old Masters, purchased from the collection of a recently deceased Dutch merchant. Then there’s the owner of the cargo – Catherine the Great, Empress of Russia in its Golden Age, intent on adding these works to her collection at the Hermitage in St Petersburg and further underline Russia’s new role as a center of art and culture.

From that back story The Tsarina’s Lost Treasure goes off on multiple tangents. It investigates Dutch art in its classic period when Gerrit Dou, whose painting was the centerpiece for the ‘lost treasure,’ outranked Rembrandt. The competition between wealthy European collectors, the fierce auction battles, and the arrival of Catherine the Great as a new art-acquiring force are all investigated. Later there’s Dou’s tumble from the pinnacle of Old Master recognition and his recent return to near the top. At sea the book studies Baltic shipping and the politics and dangers of sailing the frigid Scandinavian seas.

Then, once the unfortunate treasure ship has sunk, there are battles of ownership – a Dutch ship in Swedish – then Finnish after Finland breaks free from Sweden – waters, with a Russian-owned cargo. Unless the insurance companies get into the game of course? Who really owns it? Next there’s the search for the lost vessel and overriding and complicating everything there’s Finnish bureaucracy, government departments who insist they own and control the lost ship, but don’t want to do anything with it. So at the end the Vrouw Maria is still on the seabed, still in remarkably good condition and still sheltering the ongoing mystery of exactly what happened to The Great’s lost treasure.