Verona (and the Opera Festival)

If you’re in Italy in June through August there’s no better place to be than Verona for the annual opera festival. The operas take place in the ancient Roman amphitheatre, the Arena di Verona. It’s a magical place, the performances kick off at 9 pm and often continue until after midnight and the Italian audience treat opera like a football game, something requiring enthusiastic audience participation. 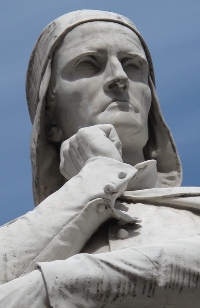 Maureen and I travelled to Verona with two other couples and between the operas there was plenty of opportunity to explore the city. Here’s the statue of Dante in the Piazza dei Signori. ►

We climbed up to the top of the 83-metre-high Lamberti Tower (Torre di Lamberti). Curiously it’s exactly the same height as the Belfort Tower in Bruges, Belgium, which we’d climbed a couple of weeks earlier. Was this a standard height for medieval towers?

From the top of the tower we looked out over the city, catching this glimpse of a perfectly framed old Fiat 500, with a shop window mirror behind to reflect it. ▼ 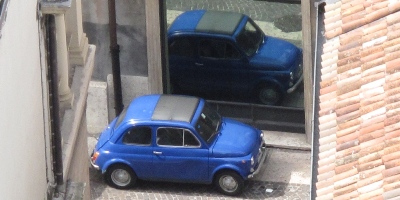 In fact everything seemed perfectly framed in Verona, even these ice creams just off the Arena Piazza. 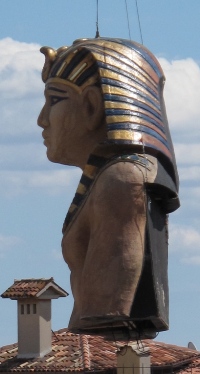 There are enough seats in the arena that you’ve got a good chance of catching a performance even if you simply turn up in the city. It’s worth visiting the amphitheatre during the day to watch the stage hands set up the scenery for the night’s performance. Here’s a piece of Egypt scenery being craned into the Arena for the performance of Verdi’s Aida.

Finally we watched two operas, both by Verdi, both with amazing scenery and both with a ‘cast of thousands.’ Well it certainly seemed like there were thousands on stage. First there was Il Trovatore (The Troubador). ▼ 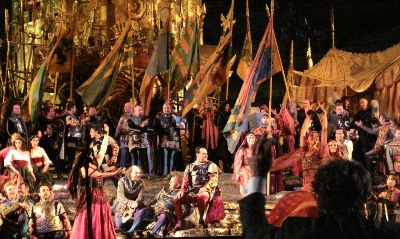 And then Aida, the final opera for the 2010 season. 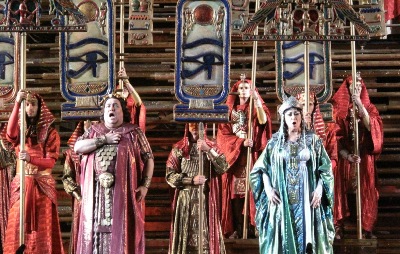