I put together four playlists for The Rough Guide Book of Playlists and this is the Lonely Planet one. See Books for Other Publishers for more about the book.

Lots of businesses seem to have a soundtrack, this is Lonely Planet’s, including the Joe Cocker number which gave us our name.

1 WAKE UP SUNSHINE from Chicago (Chicago)
In 1971 when Maureen and I lived together in London this was the standard Sunday morning wake up song, years later we used it on our kids.

2 SAMBA PA TI from Abraxas (Santana)
When we followed the ‘hippy trail’ through Afghanistan in 1972, Sigis was the place to eat on Chicken Street in Kabul and Santana was the background music of choice.

3 EAGLE ROCK from Eagle Rock (Daddy Cool)
At the end of our 1972 Asia overland trip we landed from a yacht on a west Australian beach and hitchhiked across to Sydney with Ross Wilson and Daddy Cool’s favourite Aussie anthem playing on every truck radio and every pub jukebox. 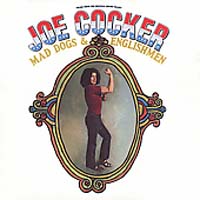 4 SPACE CAPTAIN from Mad Dogs & Englishmen (Joe Cocker and Leon Russell)
In that classic rock-band-on-the-road film from the ‘60s Joe Cocker belts out the line that gave Lonely Planet its name. Except I misheard it.

5 GOODBYE TIGER from Goodbye Tiger (Richard Clapton)
Australia’s pub rock troubadour of the late ‘70s, came up with some classic Aussie standards including this look back to those ‘dolce vita times’.

6 DR WU from Katy Lied (Steely Dan)
During a year in San Francisco in the mid-80s Steely Dan was the music of choice, particularly on K-FOG, our favourite radio station.

7 CONEY ISLAND from Avalon Sunset (Van Morrison)
Maureen’s a Belfast girl and on a return trip in the early ‘90s there was no better guide to Northern Ireland than Van the Man talking his way across the north.

8 AICHA from Aicha (Khaled)
In 1996 we lived in Paris for a year and Khaled, the ‘King of Rai’, crooning to Aicha to ‘ecoutez moi’ was clearly the king of the Paris airwaves.

9 PIU BELLA COSA from Piu Bella Cosa (Eros Ramozzotti)
After years of Asian and developing world travel we got back in to Europe in the ‘90s and one trip was backgrounded by this soaring number. 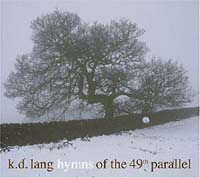 10 LOVE IS EVERYTHING from Hymns of the 49th Parallel (K D Laing)
If there’s a song on high rotation for us in 2005 it’s K D Laing positively breaking hearts with this Jane Silbery tearjerker.