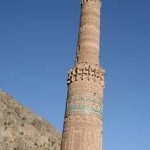 When I visited the Yungang Caves in China recently I commented on how the great regret of my travel life was missing out on the Buddha statues at Bamiyan in Afghanistan. I didn’t get up to Bamiyan when I was in Afghanistan in 1972. When I got there in 2006 the statues...