I’ve recently worked with Dell Computers on the Take Your Own Path campaign, basically saying I am very tough on laptops and my Dell laptop has survived remarkably well. The campaign has already launched in the US and will follow in the UK soon. 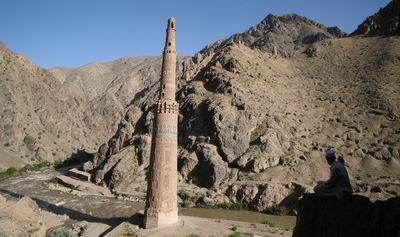 The Minaret of Jam in central Afghanistan

I talk about dragging my laptop all the way to the Minaret of Jam, more or less in the dead centre of Afghanistan. It was quite a trip there and I noted how excited the locals were to see the photographs I’d taken downloaded on to my laptop. 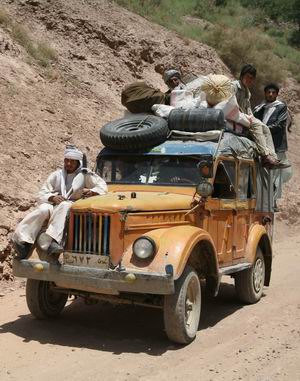 Actually I took this photograph on the other side of the country, on the road to Bamiyan where the giant Bamiyan Buddhas used to stand. But you get the idea of what the other traffic was like. 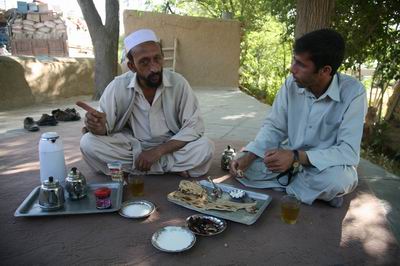 My driver Abdul Ghani Ahsan and my guide Mobin Jamshady at our breakfast stop between Herat and Jam. Mobin Jamshady travelled with me all around Afghanistan and you couldn’t ask for a better guide. With his brother Muqim he runs Afghan Logistics, if you’d like them to sort out your own Afghan travels! 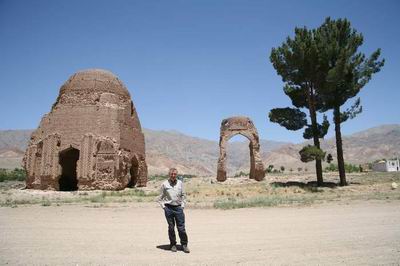 We stopped at these ancient gombads at the town of Chisht-e-Sharif which was our lunch stop. They appear on the cover of Rory Stewart’s wonderful account of walking across Afghanistan, The Places in Between. 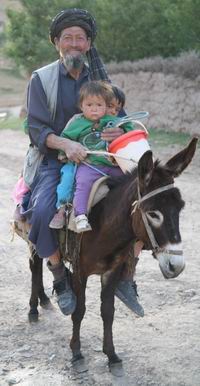 There was plenty of activity along the road, like this cheerful gentleman with a donkey load of children, there’s a third one behind him.

While we were staying at Jam we climbed up inside the minaret, it has a Pisa-like lean, and drank tea right at the top of the twin contra-spiralling stairways. 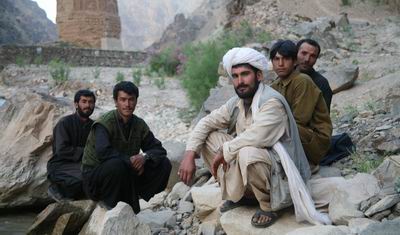 I took this photograph of local villagers, Mohammed in the white turban was the manager of the small guest house close to the minaret. 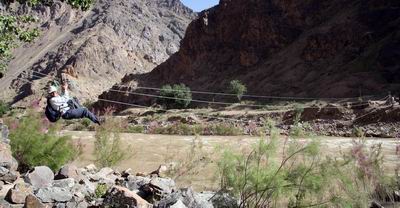 To get across the Hari Rud river from the minaret I had to cross on this flying fox.