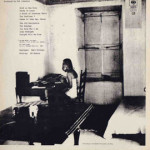 So Long Marianne – and typewriters

Marianne Ihlen – the Marianne to whom Leonard Cohen said ‘So Long’ to all those years ago – died on 29 July. I’ve just read today’s story in The Guardian on a final letter Cohen wrote to her, knowing she would soon be gone. It was Marianne who inspired ‘Hey, That's No...

We’ve had a run of rock concerts for some of our favourite – ageing I must admit – rock stars. In late January we saw Leonard Cohen perform in an open-air concert at a winery outside Melbourne. All the reviews all round the world have been saying how good he is – and ...