There’s been a lot of good music during 2009 including some of the best rock concerts ever, starting with Neil Young and Leonard Cohen in Melbourne, moving on to Van Morrison at the Albert Hall in London and finally catching Al Stewart in Newcastle, also in England. 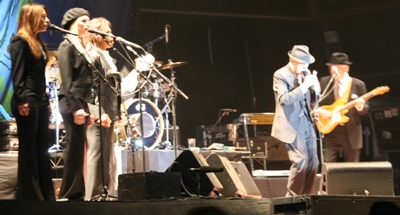 ▲  Leonard Cohen in concert at the Rochford Winery outside Melbourne 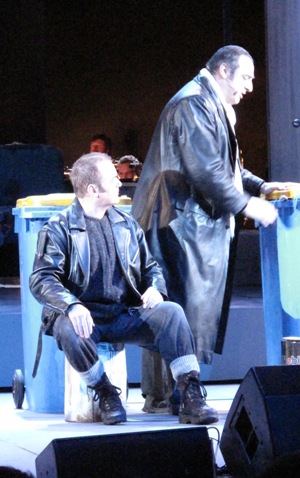 There’s also been music festivals while we were in London, a Stones and Beatles cover bands in Kew Gardens and a riverside music festival at Henley on Thames. And a lot of opera, which might seem kind of surprising since I have to admit I’m not a big opera fan. But Maureen is and I’m happy to go along, this year that means to Glyndebourne, the Royal Opera House and Holland Park Opera in London and in Australia to operas at the Sydney Opera House and the Melbourne Arts Centre. My 2009 opera-going concluded with a free public performance of La Bohème (which just happens to be the first opera Maureen ever took me to, way back in the early ‘70s in London).