On 17 August I posted about what was currently happening in the skies over Afghanistan. Nothing civil I said, airlines – which often used to fly over Afghanistan between Europe and further east in Asia – were all diverting. The activity was purely military. It’s the same story today, 23 August, when I look on FlightRadar24 at Kabul Airport and around the only aircraft are big cargo carrying Boeing Globemasters and an RAF Airbus 400M. Two of the Globemasters are American, the third one on the ground Hungarian! Hungary, in Afghanistan? It’s operated by SAC – Strategic Airlift Capability – which is owned by assorted NATO nations plus Sweden and Finland and flies out of Pápa Air Base in western Hungary. A British Globemaster had just left. 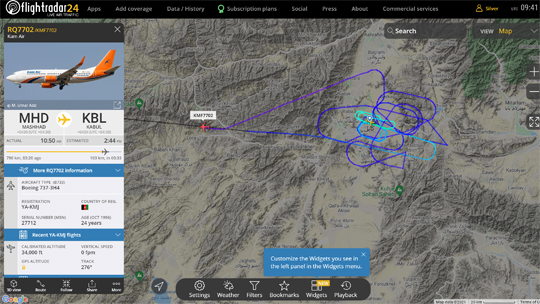 ▲ On 18 August, however, there was a Boeing 737 passenger aircraft registration YA-KMJ from the Afghan airline Kam Air flying from Mashad in Iran to Kabul. It got to Kabul and went round and round at 30,000 ft endlessly, before eventually turning back and returning towards Mashad. 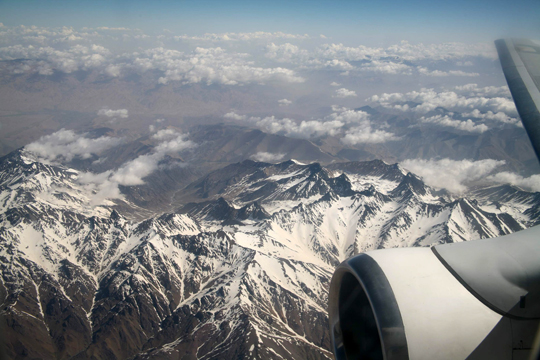 ▲ I flew Kam Air four times back in 2006, from Dubai to Kabul, then Kabul-Herat and Herat-Kabul before I eventually returned to Dubai. In between I’d also visited the Minaret of Jam in central Afghanistan from Herat and Bamiyan and then Mazar-i-Sharif from Kabul. Here’s the view during my flight from Kabul to Herat. 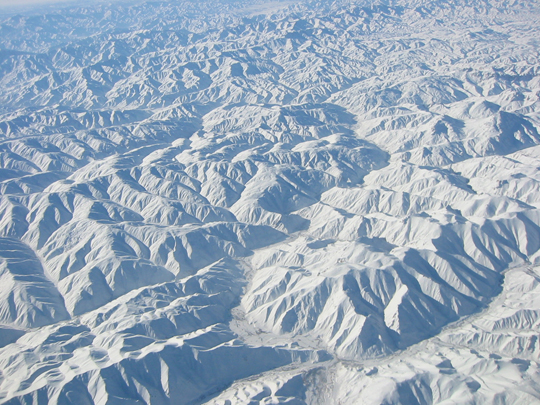 ▲ Afghanistan from a Qantas 747, when flights used to operate over Afghanistan regularly. Click here for my travels in Afghanistan in 2006.

Meanwhile, down at ground level, there are people who plan to continue, Taliban or not, like the wonderful craftwork organisation Turquoise Mountain. Saad Mohseni’s Moby Media Group, which operates multiple TV channels and radio stations in Afghanistan, including Tolo News, the country’s biggest independent journalism outlet, is also still in operation. Check this interview in Politico from a few days ago. Including this comment about an interview by a female reporter with a Taliban official: ‘We asked them to come for an interview and (this official) said yes. And he came in and we said this reporter will interview you, he said fine and he sat down, we did the interview. Simple as that.’