There are lots of interesting exhibits at London galleries and museums this summer including the terrific Stanley Kubrick exhibit at the Design Museum in Kensington (open until 15 September 2019). 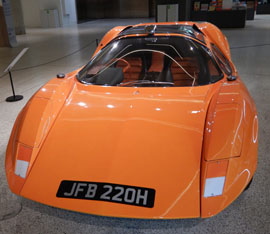 ◄ You’re greeted with this bright orange Probe 16 which featured in Kubrick’s controversial 1971 film A Clockwork Orange, It’s the car Alex and his Droogs careen off in for a night of ‘the old ultraviolence.’ The car was a creation of the Adams brothers Dennis and Peter and emerged from the Marcos Cars workshop in Bradford-on-Avon. It was ‘an investigation into extremes of styling’. Extremes meant it was so low there were no doors, you climbed in through the roof.

Visiting Kosovo last year was a reminder that I’d driven through the region, then part of Yugoslavia, in my own Mini-Marcos back in 1969. 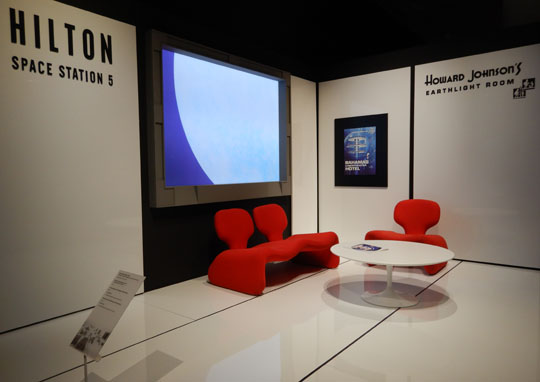 You could spend a lot of time at this exhibition if you watched all the film excerpts and ‘how it was filmed’ clips. There are also sets, models, costumes, scripts, an awful lot of camera and other technical equipment and plenty of reminders that the word ‘obsessive’ was accurately attached to ‘genius’ when it came to Mr Kubrick’s methods. All the big ones feature: Barry Lyndon, 2001: Space Odyssey, Full Metal Jacket, A Clockwork Orange, The Shining, Paths of Glory, Spartacus, Lolita, Eyes Wide Shut, and Dr Strangelove. It’s a really interesting exhibit.

▲ Meanwhile at the British Library and on until 8 September 2019 Leonardo da Vinci: A Mind in Motion is a rather lower key exhibit. It features three of his notebooks – the small pocketbook size Codex Forster II the larger Codex Arundel and the big Codex Leicester which concentrates on water and its movement and is owned, all 72 pages of it, by Bill Gates who bought it in 1994 for US$31 million. He has subsequently had it scanned and you can look at it page by page both as it appears (in Italian), mirror image (because da Vinci wrote it all backwards, possibly because he was left handed) and in English in both forms. And with lots of interpretation. This year is the 500th anniversary of Leonardo’s death and as a result there are assorted exhibitions around the world. 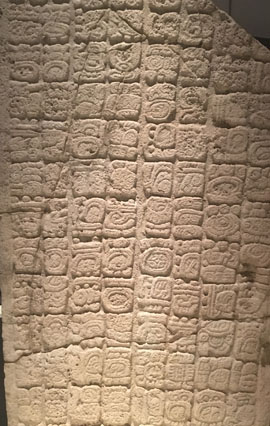 Also at the British Library and open until 27 August 2019 Writing: Making Your Mark traces the story of writing from early cuneiform and these Mayan glyphs right through to whatever is popping up on our screens today, via assorted scripts, languages, the printing press and moveable type, it’s all here. 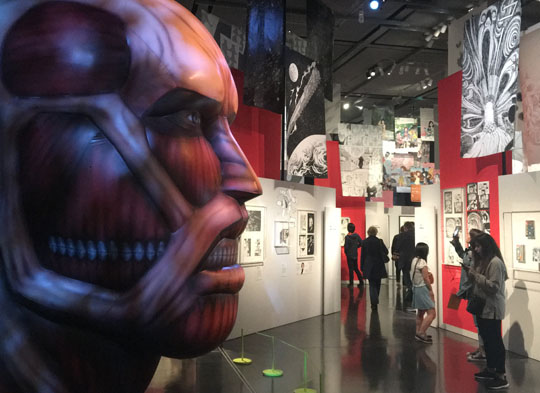 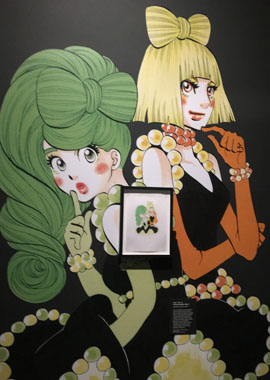 ▲ At the British Museum Manga マンガ runs until 26 August 2019. Despite a number of visits to Japan I’ve never really got into Manga so this is a good opportunity to learn about this enormously popular field.