Exhibits in Melbourne – the ’60s, Terracotta Warriors & others


I’ve just posted about exhibitions in England, but there’s plenty on in Australia as well. 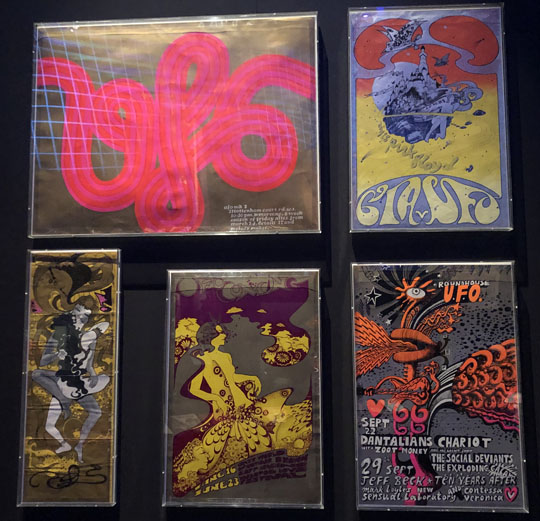 At the Melbourne Museum the swinging ’60s exhibit Revolution: Records & Rebels runs until 25 August. It’s a reshowing of the London Victoria & Albert Museum’s You Say You Want a Revolution exhibit from 2016. I was part of a Hippie Trail day of talks during that exhibit. For Australia they’ve added some interesting local content including the story of the recognition of Australia’s First Peoples in the 1967 referendum and as well as the terrific Woodstock room the music festivals section also includes the iconic Melbourne festival at Sunbury. Amazingly it’s coming up for the 50th birthday of Woodstock, all those exuberant sessions are that old, if you were a minimum of 20 years old then you’d have to be 70 today. And more than a few dead and gone, Hendrix and Joplin soon after, later on Country Joe, Alvin Lee of Ten Years After, Joe Cocker, Richie Havens, although it’s also amazing how many are still around. 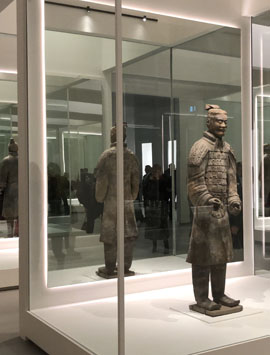 At the National Gallery of Victoria Chinese art old (the Terracotta Warriors) and new (art by Cai Guo-Qiang) features until 13 October. I’ve seen the warriors in their hometown, Xian in China, back in 1995 and then again in 2017 when we stopped in Xian on the Bangkok to London Silk Road by MGB odyssey. Today only 10 warriors at a time are allowed out of China, but even just once of them is very impressive.

▲ Murmuration by Cai Guo-Qiang – the exhibit includes a flock of 10,000 porcelain starlings ‘flying’ overhead. The gallery description reports that a murmuration is ‘a mesmerising phenomenon beyond full scientific comprehension where communication between individual birds allows huge flocks to move in a fluid state of synchronicity. Regardless of the number of birds, starlings in murmuration are equally agile and responsive, together appearing to be one giant single organism during the advancement of a threat, or while seeking a roost.’ It’s also an impressive (multiple) piece of art. 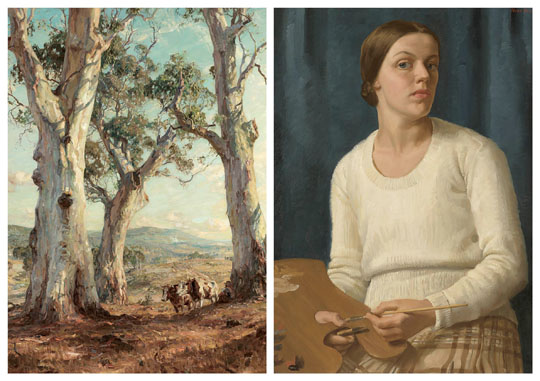 ▲ Across the Yarra River in Federation Square the National Gallery of Victoria’s Ian Potter Centre features a much lower key exhibit of works by Hans & Nora Heysen, open until 28 July.  The father, Hans, is noted for his landscapes like this one, The Three Gums, while his daughter Nora’s portraits, like this self portrait, are best known. In fact both of them painted landscapes, portraits and still lifes.