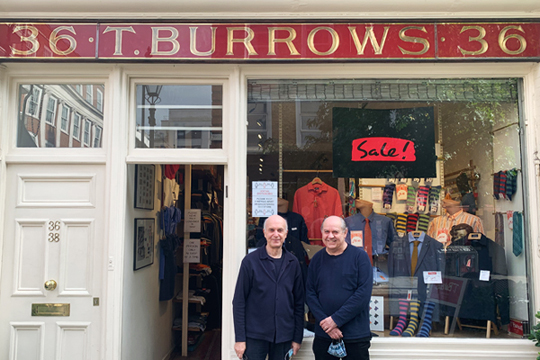 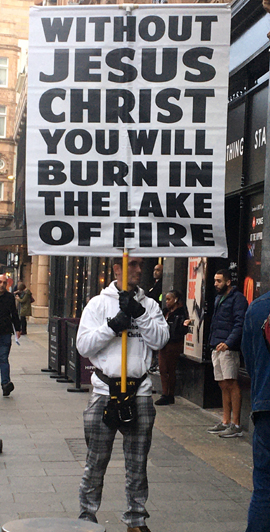 ▲ There’s always something new in London, but sometimes I just wish things would stay the same. After 37 years T Burrows has departed 36 James St, just across Oxford St from the Bond St Tube Station. I’ve been a regular customer for years, great shirts, T-shirts, their unique travel jackets, recently I’ve bought German Hattric jeans there. But not anymore, now it’s Crome, yet another café on a stretch of street totally given over to restaurants and cafes today. The name T Burrows? It had nothing to do with the owners Michael Gennoe and Alan Murray, when they set up shop there in 1983 that was what the sign said, rather than change it that’s what they called their new business.

◄ On the other hand Jesus is still around, the end may well be nigh and this gentleman, stationed outside the casino on Charing Cross Rd at Leicester Square, was issuing an important warning. 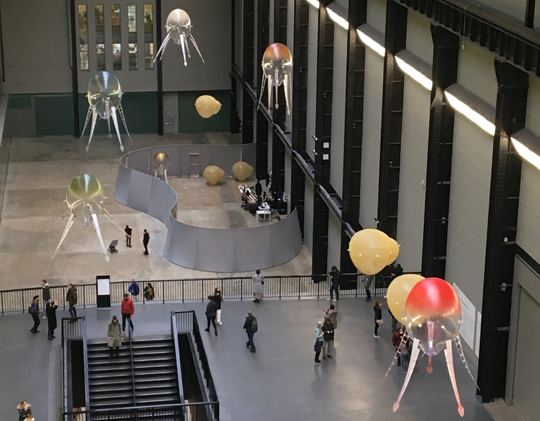 On a recent visit to the Tate Modern it was the floating aerobes exhibit by Anicka Yi which I really liked. There were two types, five-tentacled ones and blobs, both helium filled with tiny propellers that push them around and technology which ensures they don’t run into the walls, rise into the roof or descend on to the spectators. 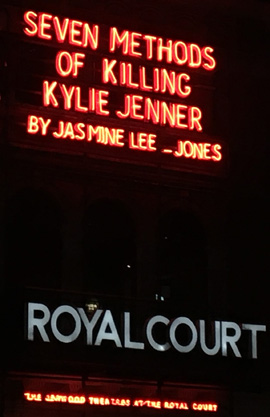 I paid that visit to the Tate Modern to catch A Year in Art: Australia 1992, which was the year the Mabo case overturned the concept of terra nullius, the idea that nobody owned any of Australia when the first British colonists arrived and that it was therefore theirs to grab. I visited Edward Koiki Mabo’s home island Mer or Murray Island in the Torres Strait in 2019. Aboriginal artist John Mawurdjul featured in the exhibit and I’ve got one of his wonderful paintings.

◄ Of course I caught some theatre while I was in London, but despite its great title Seven Methods of Killing Kylie Jenner at the Royal Court on Sloane Square, Chelsea was not a favourite. 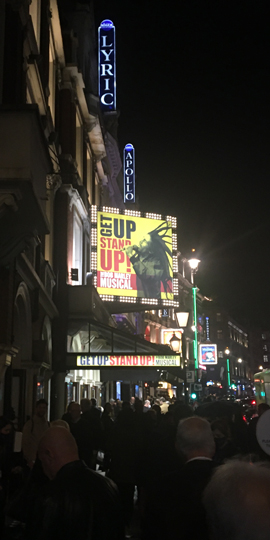 ◄ The Bob Marley musical Get Up Stand Up! at the Lyric Theatre in the West End was more like it and at the conclusion that’s exactly what the audience did. The Covid-19 pandemic? They weren’t worried about it.

It’s the 50th anniversary of Led Zeppelin’s Stairway to Heaven and Tom Campagnoni assembled a wonderful 100 clip mash-up of performers working their way through the record. It inspired me to have a look at Led Zeppelin guitarist Jimmy Page’s notable Gothic revival Tower House, built by the Victorian architect and designer William Burges. It stands just outside Holland Park in Kensington and Page has been in an ongoing dispute with another rock star, Robbie Williams who lives next door and wants to put a basement under his house. The argument has been going in and out of the courts for years and Mr Williams still doesn’t have his basement.  ▼ 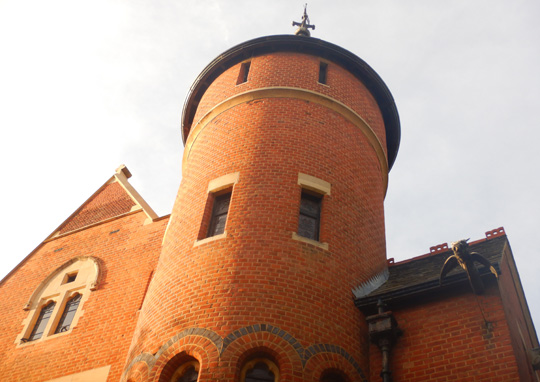 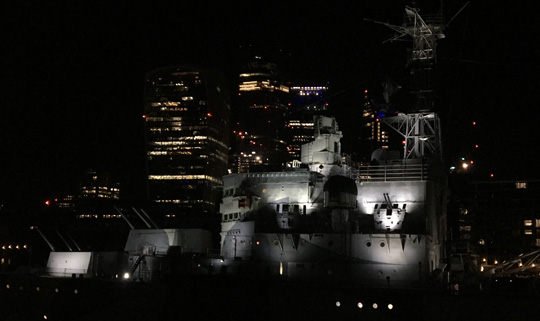 ▲ Leaving the Bridge Theatre, right beside London Bridge of course, after seeing Simon Russell Beale play Sebastian Bach in Bach & Sons, we walked by the dramatically situated and dramatically lit HMS Belfast below The Shard, a key London landmark, on our way to the London Bridge Tube Station. The amusingly villainous Frederick the Great was the best part of the play. 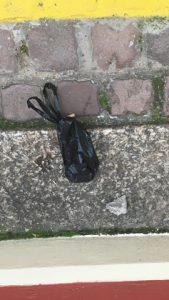 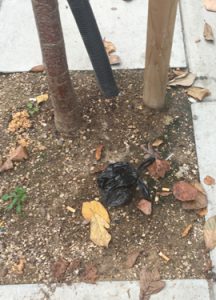 ▲ And then there’s dog shit. When I lived in Paris in 1996 the motocrotte was a common sight, a motorcycle equipped with a vacuum tube, their riders scooted around Paris sucking up the 16 tonnes of dog poop deposited on the City-of-Light’s beautiful streets every day. Or, as it turned out, not enough of it. Despite the costs the city’s 140 dog-poop-scoopers only sucked up about 20% of the daily deposits. Motocrottes were also dubbed caninettes or chiraclette’s, since they were introduced in 1982 when Jacques Chirac was the mayor. In 2002 they were dumped in favour of stiff fines – up to €500 (US$570) – for the owners of defecating dogs who didn’t clean up after their pets. London has similar fines if you have a dirty dog, but increasingly London dog walkers seem to scoop up their dog turds, but then leave the tell tale black bag for somebody else to deal with.