Jan Morris died yesterday – 20 November 2020 – at the age of 94. You would have to say 94 eventful years and I’ve been fortunate to bump into Jan in assorted places – the Book Passage travel weekends in Corte Madera, California and the Immrama Travel Literature Festival in Lismore, Ireland for example. Equally important I’ve also bumped into assorted ‘Jan Morris places,’ in particular the Everest Base Camp from where she (well in 1953 Jan was James, so he) conveyed the news back to England that Everest had been climbed, the story arriving perfectly timed to coincide with QE2’s coronation. But the prime Jan Morris location would have to be Harry’s Bar in Venice. 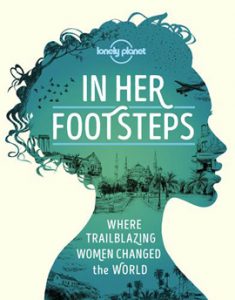 ◄ Last year I wrote about Jan Morris and Harry’s Bar in Lonely Planet’s In Her Footsteps, a book about notable women and a noteworthy place in the world connected with them. I wrote:

Jan Morris turned 92 in 2018, meaning she had been Jan for as long as she had been James. Possibly the most remarkable of her remarkable collection of books is Conundrum, an account of the operation she underwent in Casablanca in 1972. Gender reassignment was not so usual in those days and James was also required to divorce his wife Elizabeth. James may have departed, but Jan and Elizabeth continued their lives together and when same-sex marriage was permitted they remarried in 2008.

Their gravestone is waiting under the stairs of their home in Wales: ‘Here are two friends, at the end of one life.’

Morris, Jan or James, will be best remembered for secretly conveying the news back from the Everest Base Camp – runners and telegrams, there were no satphones in those days – that the mountain had been climbed. The 1953 news arrived in London simultaneously with Queen Elizabeth’s coronation.

The Morris literary collection ranges from Australia (Sydney) to England (Oxford), right across the USA (Coast to Coast) or all around the British Empire (The Pax Britannica Trilogy), but none of her books is better known than her 1960 love letter to Italy’s most iconic city: Venice. And where better to encounter Jan Morris in Venice than Harry’s Bar, I can never sip a cocktail there without musing of an 18 year British Army soldier venturing timorously through those canalside doors in 1945. 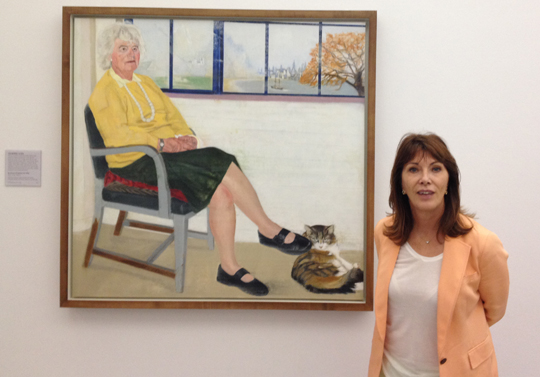 ▲ Here’s Maureen with Jan – in portrait form – in London’s National Portrait Gallery. For more on Jan Morris check this Vanity Fair article on Jan and Venice or this article about Jan in the New York Times just last year.