In July I flew from Melbourne in Australia via Singapore to London. It was a surreal experience.

At the time the Melbourne domestic terminal was operating fairly normally. Soon after Sydney and then Melbourne would both go into lockdowns and one of the busiest air routes in the world – Melbourne-Sydney – would pretty much grind to a halt. Along with most other domestic flights in Australia. 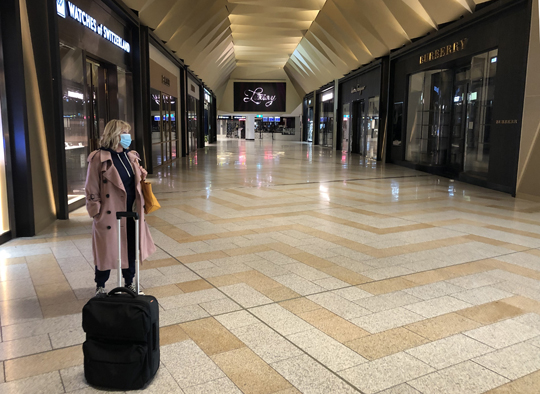 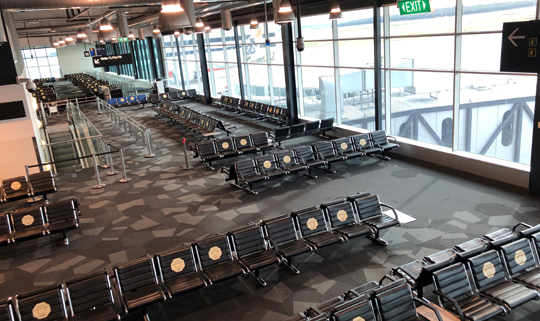 ▲ You didn’t need signs on the seats to warn you about social distancing, there was nobody there to socially distance from.

▲ It’s hardly surprising it was the only bar open in the terminal. 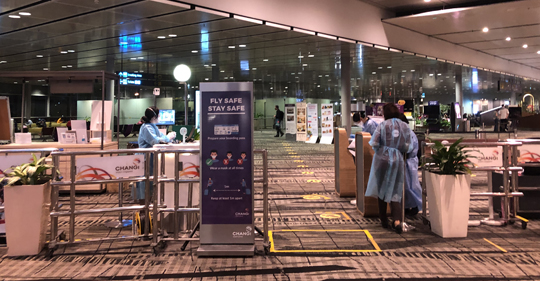 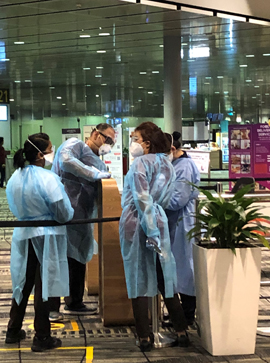 ▲ Then in transit through Singapore, Changi felt as if you were in a dystopian movie set in some future world laboratory. Everybody was in plastic coats, masks and gloves. We were assembled off our flight, marched in single file to a holding area and kept there …

◄ … until we were marched back – in single file – to our departure gate.

After which London Heathrow felt totally ‘normal,’ we weren’t even asked for our pre-flight Covid-19 test clearances or our Passenger Locator Forms which they’d made such a fuss about.

In fact there was nothing new about that, I’d flown into Melbourne four times earlier in the year, obediently made the online Victorian arrival entry permit application each time, which ends with the insistence that it should be printed out – none of that environmentally sensitive ‘do you need to print this out’ stuff for the government of Victoria. I had not printed it out, but not once on those four entries to Victoria was it asked for or checked.

I’ve just looked at tomorrow’s flight departure board for Melbourne’s Tullamarine Airport – 20 flights, domestic and international for the whole day. Pre-pandemic Melbourne-Sydney was one of the busiest air routes in the world with typically about 150 flights a day for that flight alone.