It’s got a reputation as Spain’s party island – through the 1990s and into the 2000s the Manumission club nights at Sant Rafel de Sa Creu regularly pulled in 10,000 clubbers. Somehow I’d never been there so going to speak at a tourism summit in Barcelona was the oppor... 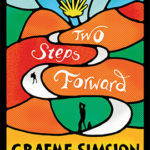 I had the pleasure on Tuesday night of launching the new Graeme Simsion and Anne Buist novel Two Steps Forward. In alternating chapter as Martin (recently divorced English engineer) and Zoe (recently widowed Californian artist) they set out to walk the Camino Santiago...

◄ North-west of London and just beyond Oxford the town of Burford is regularly cited as one of the prettiest in England. Of course it’s well equipped with pubs, like any pretty English village or town, although it’s unclear why there should be a mermaid pub so far...

Maureen and I went to Jeju, the holiday island dangling off the southern end of the Korean Peninsula, for the World Trail Conference, a get together for walking trail organisers and administrators from around the world. ◄ with Suh Myung-sook While we were in Jej...