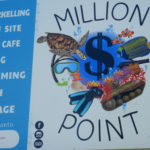 For some inexplicable reason I’ve visited most island nations in the Pacific – and the assorted French colonies – but never Vanuatu despite its proximity to Australia. I fixed that omission last month with a week on two of the islands – Espiritu Santo and Tanna. ▲ ...