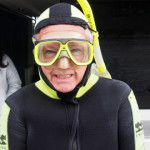 The Tasmanian Southwest Park is about as remote as you can get in Tasmania. The 84km South Coast Track runs from Cockle Creek, accessible by road at the eastern end of the park, to the airstrip at Melaleuca on an inlet from Bathurst Harbour in the west. Most walkers w... 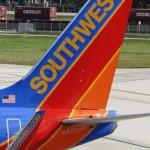 My trip to Margaret River for their Readers & Writers Festival kicked off at Albany with its whaling station. Then I made two stops to check Western Australia’s big trees, there are plenty of them in the south-west corner of the state. Check our Perth & Wester...

▲  sperm whale skeleton Why have I never got down to Western Australia’s Southwest? Over the years I’ve  driven the Gunbarrel Highway, travelled the opposite direction along the Tanami Track from the Northern Territory, followed the Gibb River Road across the ...