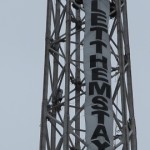 The Melbourne Arts Centre is just across the Yarra River from the centre of the city of Melbourne. It features a number of theatre and concert spaces, most of it subterranean. It’s a popular joke that Australia has the world’s best opera house – the outside in Sydney,...