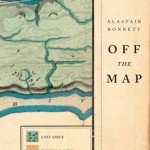 'It is not down on any map; true places never are.’ It’s one of Herman Melville’s most famous quotes, from Moby Dick, and Alastair Bonnett’s book certainly pursues that idea. Many of his ‘Lost Spaces, Invisible Cities and Forgotten Islands’ never appear on maps or fad...

My First A380 Flight – delays and airline ‘untruths’

It’s taken nearly two years – the first A380 commercial flight was by Singapore Airlines, Singapore-Sydney on 25 October 2007 – but I’ve finally flown on the new double-decker Airbus. There are now 17 of them in operation and when I turned up at Los Angeles to fly hom...