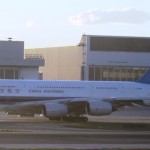 You can trash a reputation in a flash, it takes a long time to rebuild it. Robert Mugabe pretty much managed to destroy Zimbabwe’s economy and in the process chased away most of the country’s tourists. He did such a comprehensive job of wrecking things nobody has noti...