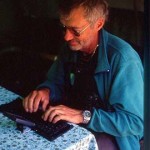 The ban on tablets, laptops and digital cameras introduced on 21 March from an assortment of Middle East airports covers anything bigger than 9.3cm (3.6 inches) by 16cm (6.3 inches) by 1.5 cm (0.6 inches). That lets in most big smart phones, but cuts out Kindles and I... 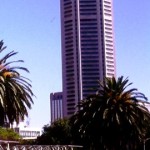 ◄ Last year ended with The Address Hotel in Dubai if not exactly going up in flames certainly having a rather interesting fire. On my last visit to Dubai I nearly stayed in The Address, but instead ended up in the Dubai Creek Hilton. The interesting thing about thi...

‘Skiing, Sand and Shopping in the World’s Weirdest City’ is the subtitle and it’s a good summation. I’m overdue for another visit to Dubai, I’ve not been back for a few years, but I’ve been there quite a few times since my first visit in 1999. I’ve been intrigued by D...