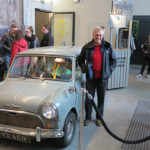 ▲ When I was in Berlin last month I didn’t stay at the 25 Hours Hotel Bikini Berlin, because I was joining Maureen, she was on an opera tour and she was already installed at the Regent Hotel near the Staatsoper. I did go to have a look at the hotel because of this anc... 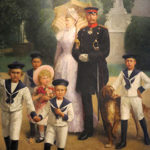 No, that’s not Donald Trump

Exploring the German History Museum – Deutsche Historische Museum – on Unter den Linden in Berlin, just before my recent trip to Bangladesh, I came upon this interesting portrait with its even more interesting description: ◄  Kaiser Wilhelm II In an attempt ... 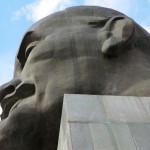 In Yekateringburg, part way across Russia on our Trans-Mongolian trip, our guide claimed her town’s big Lenin statue was one of only eight big ones left in Russia. We didn’t get to look at it, time was pressing and it was further down the main drag, but it sounded lik...

◄  I’ve posted about how I came to inherit a pair of cufflinks my great grandfather was given by Kaiser Wilhelm. The little box they came in had the address Unter den Linden 30 in Berlin, that would have been East Berlin before the Berlin Wall came down.   ...