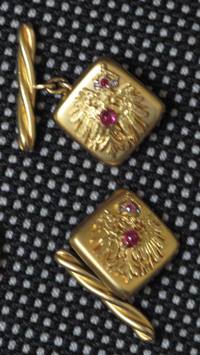 ◄  I’ve posted about how I came to inherit a pair of cufflinks my great grandfather was given by Kaiser Wilhelm. The little box they came in had the address Unter den Linden 30 in Berlin, that would have been East Berlin before the Berlin Wall came down. 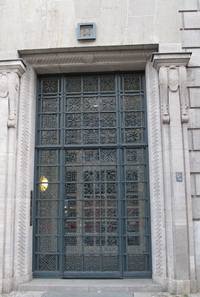 Last Sunday I was in Berlin and flying out late morning, so I rented a bicycle from my hotel and at 630am I pedalled the couple of km over to Unter den Linden and went looking for number 30. There was no traffic on the roads and the only pedestrians were either early joggers or late returning clubbers. And number 30, well nothing special but there it was.  ►

Joh Wagner & Sohn, the jeweller in question, moved out of number 30 in 1913 and down the road to number 16. Today that’s a Mercedes Benz showroom, for fancy Benzes. ▼ 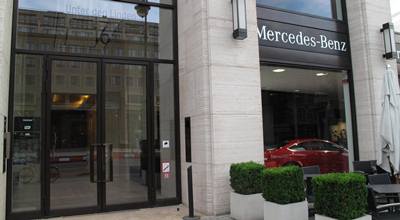