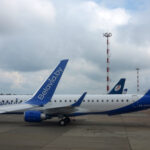 Nobody has died – yet – but the hijack of Ryanair flight 4978 was certainly a shocker. Belarus is ‘Europe’s last dictatorship’ and Alexander Lukashenko, the brutal leader, looks precisely like what he is: a Soviet era thug. The best you can say is that he didn’t shoot... 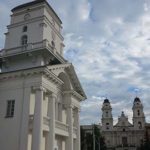 After Moldova, Transnistria and Ukraine (I haven’t reported on my starting point, the Bucovina district of Romania yet) my final Eastern European stop was in Belarus – ‘Europe’s last dictatorship,’ thanks to Aleksandr Grigoryevich Lukashenko who has been President for...