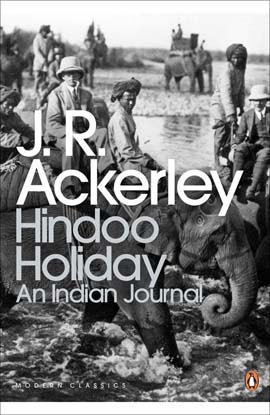 In the 1920s J R Ackerley – who later enjoyed two decades as the literary editor of the BBC magazine The Listener – took a Hindoo Holiday in Chhokrapur in central India as personal secretary to the Maharajah. The publisher’s synopsis notes that he ‘recorded the Maharajah’s fantastically eccentric habits and riddling conversations, and the odd shambling day-to-day life of his court. Hindoo Holiday is an intimate and very funny account of an exceedingly strange place, and one of the masterpieces of twentieth-century travel literature.’

In fact Chhokrapur is Chhatarpur, just 40km down the road from Khajuraho, possibly the inspiration for the questionable ‘sodomitic’ sculptures he comments on.

Ackerley, and a large part of the Maharajah’s court, are decidedly gay, not something you could confess to, in Britain at least, at that time. Perhaps they’re part of the ‘number of omissions’ from the original version which Ackerley was able to restore when he revised the book in 1952? A lot of India is scarcely changed today, Hindu absurdities (a glass of cow urine anyone?), Hindu-Muslim disputes, treatment of women, a century later it’s exactly the same. India today still has lots of ‘odd and shambling’ practices as well. 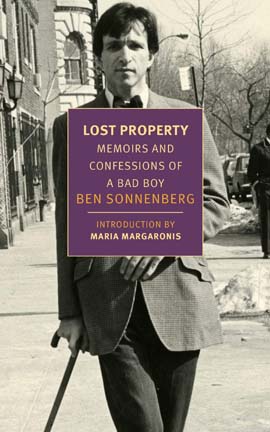 Curiously I never read Hindoo Holiday on any of my numerous India visits or when I was so involved with the country due to Lonely Planet’s India guide, still the LP guidebook I’m most proud of. In fact the link to reading it was due to Lost Property by Ben Sonnenberg which I stumbled upon due to an enthusiastic review in The New York Review of Books. Hindoo Holiday is never mentioned in Lost Property, but does get a name check in one of the reviews I read on Sonnenberg’s book. With an introduction by Maria Margaronis, Lost Property – Memoirs & Confessions of a Bad Boy – to give it its full title – tells the story of an impossible poseur, he admits it, luxuriates in it and along the way drops names, drops books, drops works of art, films, culture, they’re not just dropped, they’re scattered, pinned up on the wall, it’s absolutely relentless.

It rather reminds me of Keith Richard’s Life which took a long time to read because there were so many sidesteps to Google to look people up. Lost Property would undoubtedly be even worse, if you followed up every stray connection down every nearby rabbit hole. You can check Keith Richards in a new Netflix programme Under the Influence.

As reviews commented Lost Property does indeed come up with wonderful quotes: ‘E M Forster says Italian is a language in which you can’t condescend. English is a language in which it’s hard to do anything else. That makes if good for insults. As Bernard Shaw says, it’s impossible for an Englishman to open his mouth without giving mortal offense to some other Englishman. And on any subject whatever.’

Sonnenberg’s name dropping includes John Peet, a Reuters correspondent who shifted over to East Germany and spent the rest of his life there. He wrote about his lengthy exile in The Long Engagement: Memoirs of a Cold War Legend. Reviews say it’s kind of dull, despite the interesting situation and material, although reportedly he never fell for the Soviet story. To Lenin’s dictum that ‘one must break eggs to make an omelet’ he observes that there have been plenty of eggs broken but no omelet served.

Sonnenberg’s exile in Europe featured a farm house outside Malaga in Spain. I had an interesting pause in Malaga on my way to Gibraltar and then Morocco when I was working on the first Lonely Planet Mediterranean Europe guidebook. Years later Maureen and I drove through Malaga on our way to Morocco in the Plymouth-Banjul Challenge. When he first came out to Europe from New York he brought his car with him on the same ship. And later buys an Alvis in England and drives it around Europe.

Just before Lost Property I read In Our Mad & Furious City by Guy Gunaratne. I cannot imagine two more utterly different titles. One features grime music and London down-and-dirty, the other a man with too much money and determined to run through it all as a poseur, provocateur, flanneur, Sonnenberg is all of them.